Uncharted 3: Drake’s Deception has some big shoes to fill. Its predecessor took us on an unbelievable adventure that is not easily forgotten. With amazing graphics, writing and gameplay, Uncharted 2 found a place in both critics’ and gamers’ hearts.  This has created very high expectations for Naughty Dog to create a game that is just as amazing and compelling. With all this pressure, was Naughty Dog able to recreate this unforgettable adventure?

What Quenched My Thirst

Uncharted 3: Drake’s Deception puts a lot of focus on character development and story. The game plays mostly on the relationship between Sully and Drake by providing some great back story telling how they came to know each other. Their relationship is a big part of the story and ties into the main villain, Marlowe. She may not be the most proactive villain we have faced in the Uncharted universe, but do not underestimate her because she is ruthless. The story revolves around a cat and mouse game between Marlowe and Drake, which mostly involves Drake doing all the work much like the last game. This becomes and integral part of the story because it starts to make Drake’s friends question his intent, and how far he is willing to go. This conflict becomes the driving force for the drama, and shows a new side to the characters we have come to love.

This time around Naught Dog has taken these characters out of the snow covered mountains and dense forest, and placed them in the barren desert. Like Uncharted 2, you will travel to different places around the world, but the game is mostly set in the desert.

Naughty Dog put a lot of time into making the physics of the desert in order for it to look as real as possible, and it paid off. When walking through the sand, it really looks and reacts the way it should. Drake slips, slides and struggles through the sand as it moves under his feet. The same can be said for the sand storms, and water as it engulfs you at different times during the game.

Graphically, the game is amazing. With vibrant colors, improved character details and huge set pieces, the game never ceases to amaze me. Some of the set pieces will blow your mind. The technical abilities of Naughty Dog really shines throughout the game, especially during the cruise ship level.

Naughty Dog has made some great improvements to the sound design of the game. The weapons and explosions have a more realistic and POW filled sound that was absent in Uncharted 2. Each weapon has a clear, distinct sound so that you can tell the difference between them this time.

Uncharted is a franchise based around a mixture of action, platforming and puzzle solving, and Uncharted 3 does all of these things to perfection. There are many varying puzzles that will make you sit back and think. The platforming all-around is great, and the action is wonderful. They put a larger emphasis on hand-to-hand combat and it offers some great moments throughout the game. Naughty Dog has worked hard to make this game an all-around fun experience.

Uncharted 2 introduced a multiplayer element to the franchise that was fun, but was very bare bones. With the popularity of multiplayer, Naughty Dog spent a lot more time improving the experience, not just by improving the gameplay, but by also adding many new features such as kickbacks and weapon add-ons. It may not be as long lasting as some multiplayer games, but it should not be overlooked.

What Left A Bitter Taste

Though the game has all-around great mechanics, there are some issues with the aiming. It just feels off. It is hard to explain, but it does not seem to be that accurate. It gets frustrating when you are in a big fight and you can’t take the enemies out quickly because the aiming is a little off.

Another problem is some of the platforming elements. You will be trying to jump to a certain ledge and will either just sit there and do nothing or jump in the wrong direction. There is also some moments when you are not sure what to do or where to go, and that is frustrating.

The game is also lacking something. There are not as many big battles like you experienced in Uncharted 2. Those tank and helicopter battles from Uncharted 2 are not present in Uncharted 3 and they are missed. It does not feel as epic fighting off waves of smaller enemies.

Though there are some problems, It did not kill the fun I was having with the game. It is a solid game with a very memorable single player that had me on the edge of my seat, and a multiplayer that will keep you engaged for hours. Uncharted 3: Drake’s Deception is the full package. It is what gaming is all about and if you pass on this game, you will be missing out on something special.

interesting! and yeah i agree with both of you, Both games appeared to have little changes, well FIFA 12 total...

i hate it killed the brothers in arms story...

idc if it's' dial up 3g" lol you can only download 25 mb items.thats why im just getting the wi-fi...

I don't see the problem with it. It is an xbox live/PSN title, with a great team working on it. I think it has...

That too. I think it's a mixture of fatigue and a poor games economy.... 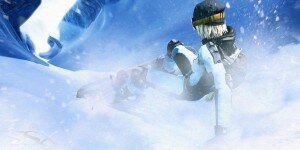