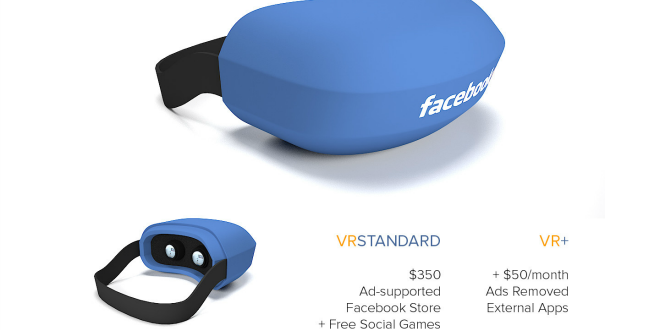 According to the New York Times, citing a person involved in the deal who was not allowed to speak publicly because he was not authorized by either company, Facebook will redesign Oculus Rift Hardware and rebrand it with Facebook’s logo and interface.

This will be uncomfortable news for the gaming community, as it’s already extremely skeptical of Facebook’s plans for the company.

Meanwhile, the creator of Minecraft, Markus Persson, known as “Notch” to many, has said that he’s ended talks to develop a version of the popular game for Ocolus Rift, citing doubts in Facebook’s intentions. Saying that, “Facebook creeps me out.”

Facebook announced its acquisition of Oculus Rift for $2 billion on cash and stock last night, a move that’s left many a people confused, including various analysts firms.

James McQuivey, an analyst with Forrester Research, questioned Facebook’s strategy in buying Oculus, because he does not believe virtual reality has compelling applications beyond gaming.

“The fit is so poor,” he said. “You could easily have done some kind of partnership.”

And Brian Blau, an analyst with the research firm Gartner who worked in virtual reality over two decades ago, said that back then, “Virtual reality had hip, hype and hope.” He added, “Unfortunately the story is still the same today.”

Previous: This Week’s US PS Store Update One Of The Best Yet
Next: Thirsty Conversations: What Are Your Thoughts On Facebook’s Acquisition Of Oculus Rift?