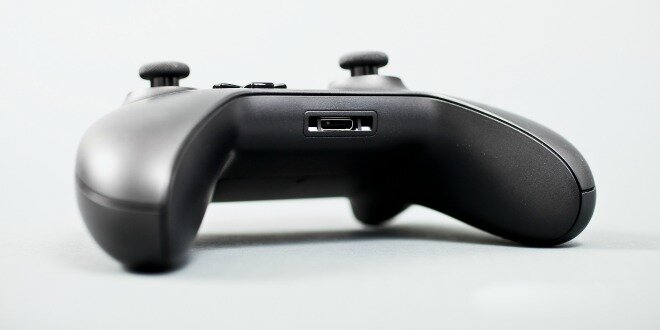 They’re being offered an extra $3 for every 1000 pageviews when Xbox One is explicitly spoken about, in a positive light, but they’re not allowed to say that Microsoft sponsored the particular positive mention, something that’s 100 percent illegal according to the FTC rules.

The problem is not in the fact that these YouTube personalities are being offered money to advertise and promote, in a positive light, a product, because that’s perfectly legal. It’s the fact that Microsoft, per the contract, bars these YouTube personalities from making known to their viewers that the campaign was sponsored by Microsoft, again, something that’s illegal by FTC standards.

Here’s the particular line in the FTC guidelines under section 255.0 sub-section (b) found on the official website:

For purposes of this part, an endorsement means any advertising message (including verbal statements, demonstrations, or depictions of the name, signature, likeness or other identifying personal characteristics of an individual or the name or seal of an organization) that consumers are likely to believe reflects the opinions, beliefs, findings, or experiences of a party other than the sponsoring advertiser, even if the views expressed by that party are identical to those of the sponsoring advertiser. The party whose opinions, beliefs, findings, or experience the message appears to reflect will be called the endorser and may be an individual, group, or institution.

And now some of the language included in the agreement that Microsoft sent out, via Machinima, to hopeful clients. Said clients being YouTube personalities:

You may not say anything negative or disparaging about Machinima, Xbox One or any of its Games in your Campaign Video.

You agree to keep confidential at all times all matters relating to this Agreement, including, without limitation, the Promotional Requirements, and the CPM Compensation, listed above. You understand that You may not post a copy of this Agreement or any terms thereof online or share them with any third party (other than a legal or financial representative). You agree that You have read the Nondisclosure Agreement (attached hereto and marked as Exhibit “A”) and You understand and agree to all of terms of the Nondisclosure Agreement, which is incorporated as part of this Agreement.

An example of deceptive advertising, as described by the FTC, which puts into perspective the illegal nature of what Microsoft tried to achieve here.

The producer’s staff reviews the profiles of individuals interested in working as “extras” in commercials and identifies several who are interested in automobiles. The extras are asked to use the product for several weeks and then report back to the producer. They are told that if they are selected to endorse the product in the producer’s infomercial, they will receive a small payment. Viewers would not expect that these“consumer endorsers”are actors who were asked to use the product or that they could appear in the commercial or that they were compensated. Because the advertisement fails to disclose these facts, it is deceptive.

There hasn’t been a response from Microsoft or Machinima, but with media outlets from around the world starting to take notice, something will have to be said sooner, not later.