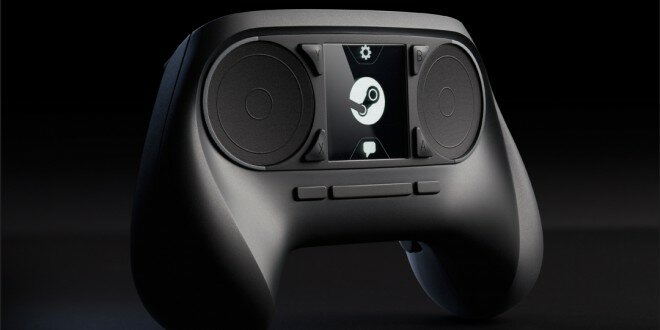 New way to play your games.

What was somehow expected has finally been revealed. Bridging the gap between PC-made-living-room-console, Valve announces the Steam Controller. The Steam Controller is designed to work with every  single Steam game that’s there or will join, even ones that don’t support a controller. Sounds good? It looks better. 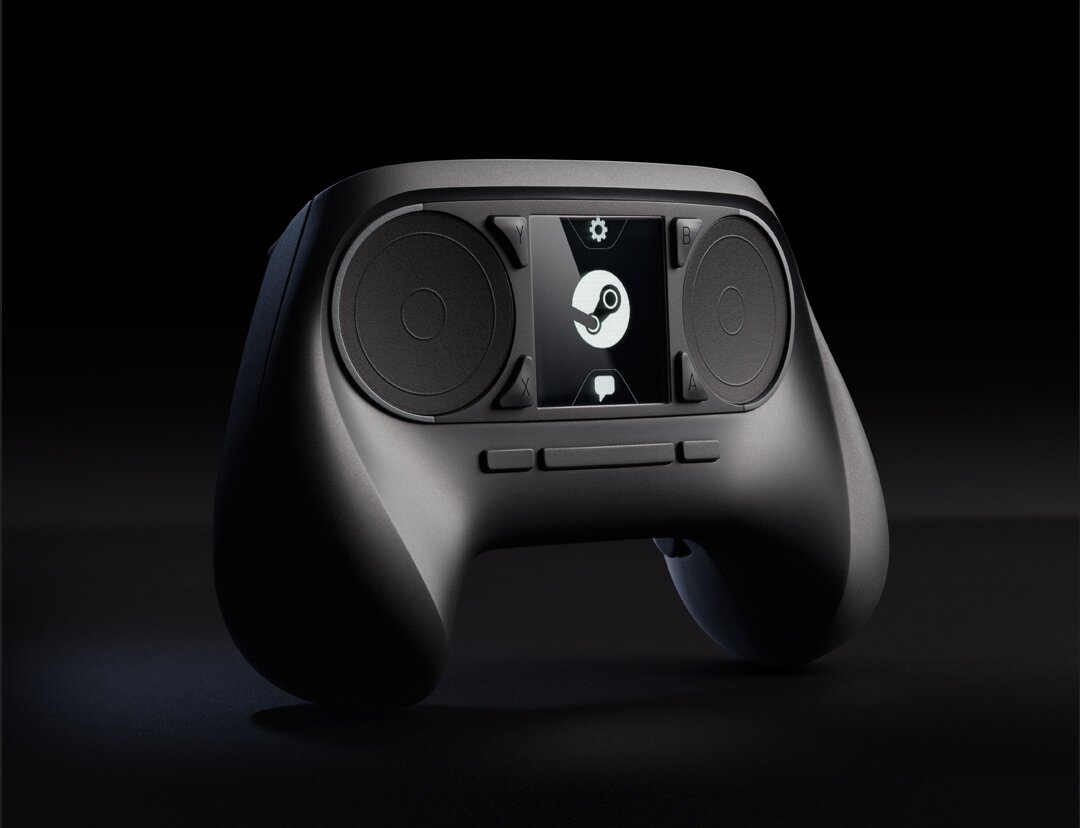 Valve says traditional gamepads left something to be desired, and forced them to make compromises. This controller, though, is like a keyboard. A “superior control scheme” sets it apart, while low-latency performance ensures you’ll get pinpoint precision when playing.

Instead of analog sticks, it features two trackpads that are also clickable, and Valve compares it to using a mouse. It also opens up new opportunities; RTS games, for example, were a no-go for controllers, and Steam Controller aims to change that. Even first-person shooters, that play exceptionally well with a controller, can now feel better due to the higher precision and fidelity of the trackpads.

Steam Controller also emphasises super-precise haptic feedback, with dual linear resonant actuators; two small, weighted electro-magnets are found under each trackpads, and can deliver huge amounts of force of vibration, allowing for precise control over frequency, amplitude and direction of movement. This also “provides a vital channel of information to the player – delivering in-game information about speed, boundaries, thresholds, textures, action confirmations, or any other events about which game designers want players to be aware”.  They can even act as speakers! It’s a higher-bandwidth haptic information channel than any other product Valve knows of, as they point out.

The controller’s center is also a touch-surface, backed by a high-resolution screen; much like the DualShock 4′s touch surface on the front. It is also clickable, “like a large single button”. This can help with scrolling or freely browsing, without having to worry of misclicks; pressing the button will be required to confirm your action. Developers can use it as they want; “a scrolling menu, a radial dial, provide secondary info like a map or use other custom input modes we haven’t thought of yet”.When touched, its display is overlayed on the game, instead of attracting attention to other places, unnecessarily, and breaking the experience.

Every button and input surface has been placed “based on frequency of use, precision required and ergonomic comfort”. Sixteen buttons comprise the controller, and half of them are accessible without even lifting the thumbs from the trackpads, including two on the back. The buttons are placed symmetrically, not leaving lefties out to rot; just switch modes through configuration.
A legacy mode allows it to be presented as a keyboard and mouse; the configuration tool can be used to create and share bindings for different games, so the community plays a part even here. 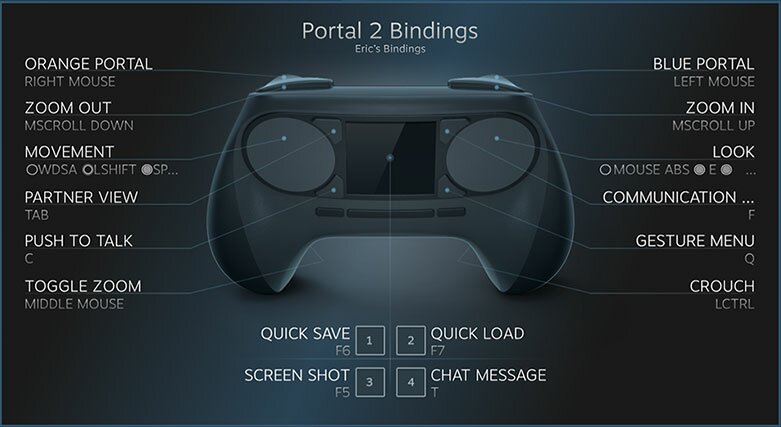 Lastly, it is hackable, as Valve puts it. As people like to toy with their PC’s, consoles, tablets, everything in general, and have contributed a lot out of it, Valve believes that leaving the controller open for everything you may want to do to it. Also, signing up for the hardware beta will also allow you to receive one of the controllers with your Steam Machine; no two signups needed.

So, what does this news mean to you? Excited? Unsatisfied? Let us know!

Previous: The Last of Us first DLC piece revealed, plans for the rest announced
Next: China To Allow Videogames Console To Be Sold