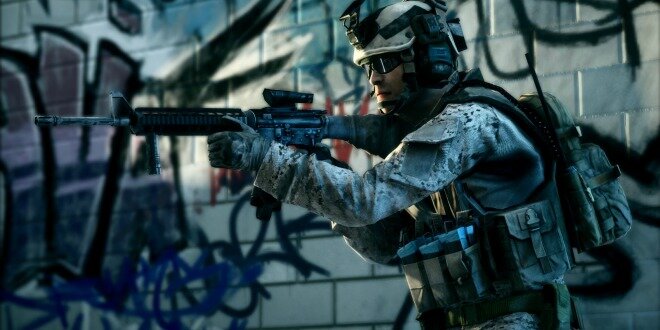 EA won’t give up until Battlefield surpasses Call of Duty

Don your bulletproof vest and grab your rifle, soldier, this is war.

Speaking with MCV, DICE’s Patrick Soderlund said that the company won’t stop until Battlefield gets above and beyond Call of Duty (awful pun intended). This is good for the industry, ultimately, since competition can only benefit the consumer.

“Competition is good. It brings the best out of people. If there was only Battlefield or only Call of Duty, then the development teams might have been a little bit more content. We don’t look at them necessarily and mimic what they do.

But we think about them. Maybe they weren’t thinking about us much when we made Battlefield 3, but I can tell you, they are thinking about us now. They need to. We made a dent in the FPS market and we took share from them. And I am not going to give up until I’m No.1 and I am going to make sure I’m No.1.

We are spending a ton of money on this, our teams are killing themselves every year to make great games. I want to give our consumers the best I can. We will strive to be No.1. If I said: ‘No.5 is probably fine,’ it’s hard for people to rally behind that message.

But I wouldn’t say we could be No.1 if I didn’t think we could. I think I have the right team, the right product and the right strategy to get there.”

Tagged with: Call of Duty and Battlefield competition EA wants to surpass CoD