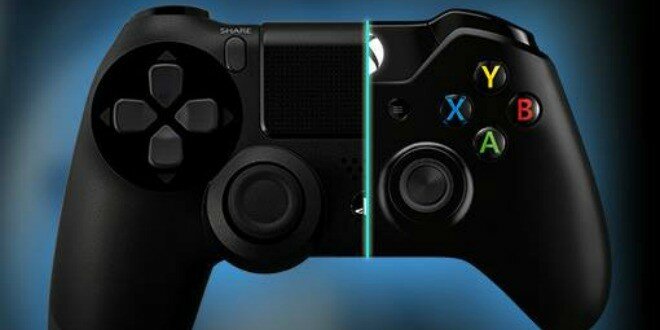 Microsoft executive Albert Penello has gone the extra mile to try and abolish the fact that PS4 is about 50 percent more powerful than Xbox One, and yesterday on NeoGAF, he stepped over the line, as he started making up stuff about PS4 — as if he knew the console better than Sony, all while trying to say that the hardware difference between the two isn’t that big of a deal.

Well today, Penello was caught red-handed by knowledgeable people on the popular gaming forum, turning the situation into a monumental mess for Microsoft and its Xbox One.

Here’s Penello’s post about the power difference between PS4 and Xbox One:

I see my statements the other day caused more of a stir than I had intended. I saw threads locking down as fast as they pop up, so I apologize for the delayed response.

I was hoping my comments would lead the discussion to be more about the games (and the fact that games on both systems look great) as a sign of my point about performance, but unfortunately I saw more discussion of my credibility.

So I thought I would add more detail to what I said the other day, that perhaps people can debate those individual merits instead of making personal attacks. This should hopefully dismiss the notion I’m simply creating FUD or spin.

I do want to be super clear: I’m not disparaging Sony. I’m not trying to diminish them, or their launch or what they have said. But I do need to draw comparisons since I am trying to explain that the way people are calculating the differences between the two machines isn’t completely accurate. I think I’ve been upfront I have nothing but respect for those guys, but I’m not a fan of the mis-information about our performance.

So, here are couple of points about some of the individual parts for people to consider:

• 18 CU’s vs. 12 CU’s =/= 50% more performance. Multi-core processors have inherent inefficiency with more CU’s, so it’s simply incorrect to say 50% more GPU.
• Adding to that, each of our CU’s is running 6% faster. It’s not simply a 6% clock speed increase overall.
• We have more memory bandwidth. 176gb/sec is peak on paper for GDDR5. Our peak on paper is 272gb/sec. (68gb/sec DDR3 + 204gb/sec on ESRAM). ESRAM can do read/write cycles simultaneously so I see this number mis-quoted.
• We have at least 10% more CPU. Not only a faster processor, but a better audio chip also offloading CPU cycles.
• We understand GPGPU and its importance very well. Microsoft invented Direct Compute, and have been using GPGPU in a shipping product since 2010 – it’s called Kinect.
• Speaking of GPGPU – we have 3X the coherent bandwidth for GPGPU at 30gb/sec which significantly improves our ability for the CPU to efficiently read data generated by the GPU.

Hopefully with some of those more specific points people will understand where we have reduced bottlenecks in the system. I’m sure this will get debated endlessly but at least you can see I’m backing up my points.

I still I believe that we get little credit for the fact that, as a SW company, the people designing our system are some of the smartest graphics engineers around – they understand how to architect and balance a system for graphics performance. Each company has their strengths, and I feel that our strength is overlooked when evaluating both boxes.

Given this continued belief of a significant gap, we’re working with our most senior graphics and silicon engineers to get into more depth on this topic. They will be more credible then I am, and can talk in detail about some of the benchmarking we’ve done and how we balanced our system.

Thanks again for letting my participate. Hope this gives people more background on my claims.

Immediately, knowledgeable people realized that Penello was just being a regular PR mouthpiece for Microsoft, using NeoGAF as his platform. Here are some of the responses he got:

→ I do not mean to offend when I ask this but who typed up this nonsense for you. 272gb/s peak on paper. What rubbish is this? I study computer science for a living and this is garbage. Creative engineering and fud at its best. You do not have anywhere close to a 272gb/s peak at all. It’s one thing to beat around the Bush but it’s another to straight up lie. The fact that esram can only move 32mb at the previously reported 194gb/s peak should point to the kind of nonsense you are spreading. The majority of the data on the ram can only move at 68gb/s. I’m not even going to bother with the other nonsense in this post. It’s truly embarrassing that you can come up here and type this nonsense. You do not just add up bandwidth numbers like that. Shameful.

→ Really love to have one of your “tech guy” explain how esram reads & writes at the same time.

Gpu have a lot more than just CU. PS4 have 100% advantage in other key areas on the GPU that you did not even talk about.

→ I really don’t want to be disrespectful. And just to prevent unproductive ad hominems from others about being an engineer and not being an engineer, I am an engineer, but this statement of yours really does not make any sense at all.
→ This is insulting. And I am not even a tech guru. You don’t just add bandwidth as ESRAM is not all of 8GB.
→ I don’t understand how these two statements are logically consistent.
By the distributive property:

And that’s assuming the CUs work linearly.

Unless I’m misunderstanding you, you said the exact opposite — having additional CUs does not result in a linear increase in power.

Therefore, your statement is actually THE OPPOSITE of what you are pointing out:

But then, by your very own logic, having each CU running 6% faster is actually **worse** than a 6% increase overall.

→ I know you think you gain something by coming on here and giving us the PR message but a lot of us know a little about what we are talking about here. Putting the “peak bw” nonsense just rubs me the wrong way.

→ Enough… Seriously man, just stop this. It looks no better when you comment on how “we don’t know the full story from MS’ side” when the exact same thing can very well be said about your perspective on Sony’s hardware and engineering. And again, you comment on this with an extremely obvious bias in the discussion. I don’t think it’s beneficial for you to participate in these discussions; again, I feel like it’s going to do more damage to people’s perspective of your (and other MS representatives’) participation on these forums when you come in here and start engaging in hardware comparisons with your direct competition.

→ So, didn’t you earlier state you don’t know what Sony are doing with their console but now you know their unannounced CPU clocks?

→ That’s odd because the PS4 does not have 10gb/sec bandwidth, I believe you are making a mistake regarding onion, onion+ and onion(+) buses.

→ You’re only speaking on one side… yet you keep bringing up the point as if the hardware in Sony’s PS4 is just that, with nothing else to it.

→ I’m very disappointed in this magic math right there. I hope the upcoming post by your graphics people is a bit more honest with the real world numbers.
(I don’t think saying “on paper” is a get-out-of-jail-free card.)

Graphics are a embarrassing parallel load, that means you have very little scaling hit.
You do not address the massive ROP difference, which will make it even faster than just having more CUs alone.

I do not see anything that points to it not being just a simple clockspeed increase.

→ You can not add up the bandwidth like that!
The PS4 can do its peak bandwidth across all 8GB vs a system that only has 68GB/S from it’s main RAM and the majorly of it’s bandwidth comes from a tiny (32MB) pool of SRAM!

These are just some of the gamers and tech people on NeoGAF who called out Penello, and there are countless more.

I don’t think Microsoft should be talking about PS4′s specs when it has no knowledge of what Sony’s doing outside of what the public knows… Especially when Microsoft itself is saying Sony, nor the public truly knows how Xbox One specs work. Furthermore, going to NeoGAF and trying to disparage your competitor’s console, one that is so obviously more powerful and better built than yours, is a recipe for disaster. But that’s been the Xbox One’s story all along, hasn’t it?

Microsoft has been trying its best to get Xbox One on the right path, and in recent times they’ve somewhat succeeded in doing just that. However recent moves by the firm’s executives haven’t played out so well.