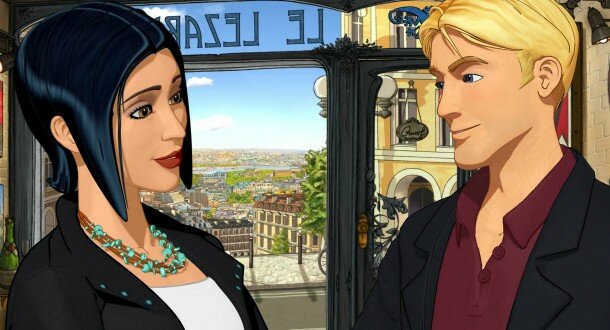 Revolution Software’s new entry in the long-running series will hit PS Vita. Broken Sword: The Serpent’s Curse, Kickstarted around a year ago, was originally going to hit Windows, Mac, Linux and Android platforms, but this isn’t the case anymore. Playstation welcomes back a beloved point-and-click franchise that shone on Sony’s consoles, as The Serpent’s Curse will join the growing list of Playstation Vita games.

“The PS Vita is an ideal device for an adventure game — the combination of the front and rear touch screen, as well as the analog stick and shoulder buttons, gives us so much scope to create a really great user interface.”

This fifth entry in the series will take protagonists George Stobbard and Nico Collard all the way back to conspiracies originating in the World War II era. A stolen painting, though visually not worth much, is said to have been cursed by the Devil, and the trusty duo are back to solve another supernatural mystery.

Fan of PlayStation Since 1995? Then You’ll Love This Video