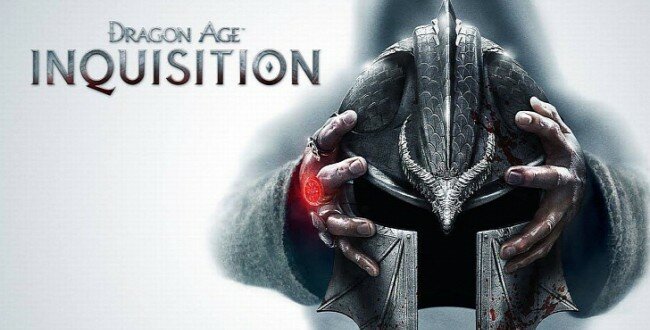 Special thanks to some NeoGAF members who compiled all the details in one handy, tidy list. Check it out!

– Game begins as Thedas is in chaos
– Chantry and the mages are at war
– The Seekers of the Truth and Templars are no longer tied to Chantry rule
– Ferelden continues to recover from the darkspwan Blight that ended 10 years ago
– Orlais is involved with a civil war
– Tear in the sky links the real world to the Fade
– Magic and demons come from Fade
– Rip allows demons to cross freely instead of using a mage host
– Demons/abominations are running free all over
– With everything going on, “there is a suspicious level of chaos in anticipation of this event”
– Reinstitute the Inquisition
– This is an organization that doesn’t answer to any outside power
– Inquisition puts aside politics and extracts answers
– “…about looking into what conspiracies happen, what kind of dastardly deeds could occur, when people are weak and naturally torn apart”

– Your hero acts as the head of the Inquisition
– Lead the organization rather than controlling a foot soldier
– You’re left as the only survivor early on, which leads to this ascension
– Create and guide the Inquisitor however you please
– 3 classes: warrior, rogue, and mage
– At least 3 races: human, elf, dwarf
– No pre-set name
– Fully voiced
– Can be male/female
– Events take place as you perform them, not being relayed by another character
– Will need to overcome resistance, but this becomes easier as the Inquisition gains more power/respect
– Inquisition’s reputation/strength go up as you finish objectives, gain items, help others

– Inquisition has a long reach
– Visit multiple large locations
– Several different regions
– Structural style like Dragon Age: Origins
– Access key story beats by reaching certain levels of power
– Explore to achieve that power
– Collect magical relics, solve mysteries, fight dragons, help others
– Don’t need to do everything
– Different resources to acquire better equipment and continue the story
– Won’t always be able to move from one area to another seamlessly
– “each of the areas we’re building is larger than anything we’ve built before”
– No repetitive environments
– Areas include a bog, desert, mountain range, can be explored freely in third-person
– Can take on unique quests by coming across things like an arcane device that lets you pinpoint the location of magic items
– Locations are like self-contained open worlds
– Each has a bunch of items to find and content to experience during day and night
– Game will have a mount system
– This will be more involved than just riding a horse around
– Very little is scaled to your level
– Can encounter monsters that are much more powerful than you
– Freedom is big, but BioWare as a story to tell

– Huge areas are made possible due to the move to Frostbite
– “We’re very happy with what we can do with the technology.”
– Will have some destructibility, game has a bigger focus on building
– Having a mage allows you to reassemble a crumbled footbridge to reach a new area
– Convert a ruined desert outpost into an Inquisition stronghold
– “If you destroy something, you can construct something.”
– Frostbite 3 allows the team to develop more easily on five platforms at once
– Better visuals on PS4/Xbox One than PS3/360
– Content being kept the same
– “Frostbite 3 is intended to bridge the gap between current-gen and next-gen”

– Will be optimized for the platform
– “The PC actually is different, especially from a controls standpoint.”
– Caters to mouse and keyboard, unlike its predecessor’s tradition

– Will encounter lots of resistance
– Battle pace lies between Dragon Age 1/2
– Not always a pause-and-play affair, but not always filled with tons of action
– Directly control a character and you’ll notice control similarities to Dragon Age II
– Switch between all characters in your party at will
– Choose AI behaviors for allies if you’d like
– Commands are performed right away with a button push
– BioWare looking to make things less frantic and more deliberate
– Slowing down the speed of attacks while also creating enemies that force players to examine the battlefield
– “We’ve got that mesh of action and RPG.”
– Enemies have specialized roles that work together
– Better AI for enemies
– Enemies seem to make planned attacks based on their strengths and work together logically
– Players have a number of skill trees, specializations, abilities
– Classes have their own powers with tactical significance
– Party members can work together

– Areas will change based on what time it is
– Weather impacts exploration
– Rain can make a bog muddy, making travel slower
– Still has classic enemies including ogres, elves, qunari

– Dialogue/story sequences are the best way to learn about your allies and their abilities
– This can also be done to a lesser extent in battle
– Vivienne: Inquisitor mage who was in line to hold the position of first encharter in the Circle of Orlais
– She wasn’t able to take the osition due to the Orlesian civil war
– Writers analyze the story’s main themes and conflicts, then create certain characters around them
– Not all characters are created so that you’ll like them
– Other allies and their loyalties are currently unknown
– Learn early on that there’s someone behind the demon breach and resulting chaos
– Won’t learn who you’re dealing with early on
– Cassandra and Varric from Dragon Age II are playable party members
– Morrigan won’t be a party member
– Morrigan’s role seems to be more than just a cameo

– Use materials from around the world and enemies you defeat to make customized armor
– “Crafting in Inquisition is about customizing yourself, your character, your looks…”
– You can, technically, eventually create any colored version of the armor your start out with on par with what you find late in the game
– Characters will keep their look, but the armor will have huge influence on how they look

– Will need to make choices as problems develop
– Not always about dark choices
– BioWare is looking for players to think about potential consequences and deal with them if they happen
– Dialogue wheel similar to that of Dragon age II lets you make choices
– Some improvements
– Optional addition being added to the wheel for more clarity
– Choices have an impact throughout the world
– “Loose ends are a constant problem… We have a responsibility to resolve at least some of them if we’re going to introduce new ones…”
– Choices involve themes, mysteries from previous Dragon Age games
– Game will offer clarity on things such as Red Lyrium, Grey Wardens’ activities, Flemeth, Morrigan’s fate
– BioWare working on the issue of bringing over previous choices in Inquisition
– “It’s very important to people, and it’s very important to us. We don’t want people to feel like they can’t buy a new console or change the platform they’re buying this game on simply because they want to make sure their saves are maintained.”

– Not confirmed/denied
– “it was surprising how well it was received in Mass Effect, and we were really happy with how that worked out…”