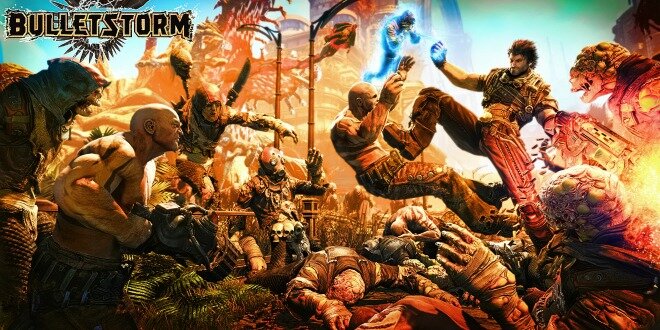 Posted by: Ernice Gilbert April 23, 2013 in News Leave a comment

People Can Fly would have loved to make Bulletstorm 2, the developer has confessed. “It would have been an amazing game.”

That’s according to People Can Fly founder Adrian Chmielarz, speaking to Eurogamer recently.

The thing is, we did want to make Bulletstorm 2, and actually there was a concept and, I think, it would be an amazing game.

I think it was bad. The way I blamed myself for it was I basically enjoyed it too much. Initially I asked can we do it so it sells the game as an action-adventure, a pulp sci-fi rollercoaster, and not do the Bad Company 1-style of campaign of silliness and jokes? And then they showed me some marketing materials and I was laughing and like, ‘OK that’s funny, let’s do this,’ and that was a mistake.

The first game saw very poor sales, mainly because it was a new IP, but also because it released at a very bad time. Would the second title be something special? Oh well, we’ll never know.

Previous: Splinter Cell’s Difficulty Holds It Back From Becoming A Blockbuster, Says Ubisoft
Next: Metro: Last Light Ranger Survival Guide Chapter 3 Is All About Weapons

Microsoft Promises To Ban Anyone Who Pirates Gears of War: Judgement