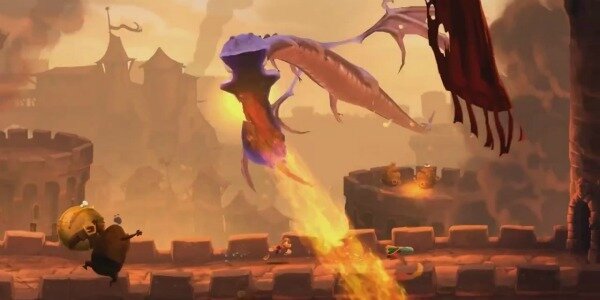 Rayman Legends will miss Wii U’s launch lineup, as the game’s been delayed into 2013, Ubisoft has announced.

“Rayman Legends will launch worldwide in the first quarter of 2013,” Ubisoft said in a statement.

“We’re happy that fans are excited about the game, and we are taking the time to make sure we deliver a game that lives up to and hopefully exceeds their expectations. We’ll have more details to share soon.”

Prior to the delay, Rayman Legends had been due to release on Wii U on November 30th as a launch title.

Elsewhere, a report on Nintendo Everything is suggesting that Ubisoft will keep Rayman Legends exclusive to Wii U because the game was built to take advantage of the console’s Game Pad, a feature that could be duplicated on Xbox 360′s Smart Glass or PS3 via Vita, but the developer isn’t keen on going the latter routes.

“Well, technically we could use SmartGlass [for Xbox 360] and with the Vita being linked to the PlayStation 3,” level designer Chris McEntee told Nintendo Power. “The possibility could be there, but we chose to really focus on Wii U specifically because it has a special toolset, and because everyone that buys it gets what they need to play the game.”

He added: “We don’t want to have the player dependent on other technology that they have to purchase to make sure they can play the full experience. Here you buy the Wii U system, you buy the game, and you can experience all of the content without extras. And we didn’t want to give somebody half of the experience just for the sake of getting it out on another console. We want the player to get everything that we have to offer them from this game.”