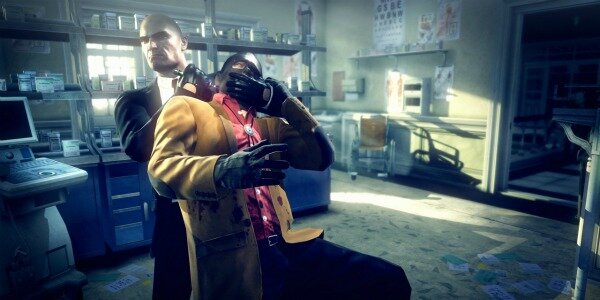 Agent 47′s latest game, Hitman: Absolution, will get an asynchronous multiplayer mode known as “Contracts”, as its developer revealed at GamesCom. Players will make their own scenarios, target any three characters on any level with any weapons, and present other players with the challenge of completing the contract in a better time, which will net them even more money than the standard.

Take the library scene as an example. In this very usually seen video, we see Agent 47 trying to lose some cops. With Contracts, you can use that to make an original scenario for the mode. You can take out a target, using a specific weapon, then do the same to the two other characters, and escape successfully, getting the chance to upload it to the Contracts server.

IO Interactive said there will be weekly contracts, and money earned through them will give you the ability to start scenarios with disguises and weapons you choose, making the missions easier to pull off, so you can beat someone else’s time. The mode will be playable and detailed tomorrow at GamesCom.

Hitman: Absolution, developed by IO Interactive and published by Square Enix, will be released in November 20, later this year.