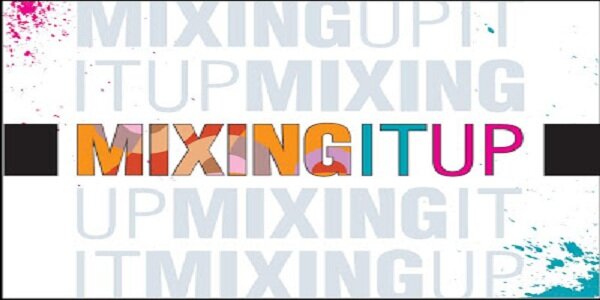 Shooting, Racing, Fighting and levelling up. These are all aspects in genres we are familiar with and for a long time now that has been the case. Sure, there are more aspects out there but they are still within the same bounds. Regardless of whether you are in a third or first person perspective Gears of War would still be a shooter.

So what is your point? I hear you ask.

My point is, is this enough? What is the industry doing to mix things up and are there enough people moving away from the pre-determined formulas? This article will hope to answer that very question. 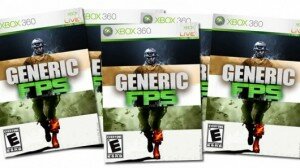 So first and foremost the shooter genre is completely over saturated. Developers have tried adding all sorts from time manipulation to racing elements, some have success and others haven’t. But who is really changing up the shooter genre in an attempt to reignite the waning flame. My personal belief is that Gearbox is. Borderlands has a unique visual style, a fresh attitude and some great features. The whole game is bonkers and doesn’t aim to ‘clone’ or adhere to any of the shooting ‘rules’. The first game threw caution to the wind and its popularity took Gearbox completely by surprise. Other games are now beginning to emerge that also breaks the established order. So there may be hope for the shooter genre yet.

But shooting isn’t the only thing we do in games, some of us race too. Racing has only ever really existed of two types. Arcade, or Simulation. If you are one you are automatically tossed aside by the other. But that’s neither here nor there. What we want to look at is, who is changing the equation? 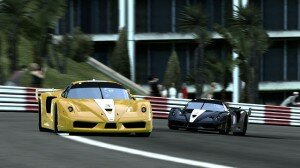 So arcade racing is the one where you are in usually obscure vehicles collecting power-ups and doing crazy stunts to best your opponents. Simulation is the game type where you haven’t got a chance of being competitive unless you happen to spend every waking moment in your rather expensive racing setup. Now there are a few games to bridge the gap but these are mostly games that lack any sort of personality or interesting features. Now to the people changing up the formula, Codemasters. Codemasters have done something with the Dirt series that other racing games must look at and cry themselves to sleep at the thought of. Dirt is rally racing title that not only breaches the gap between arcade and simulation but adds great features like precision driving events and other motorsport phenomenon. The greatest thing is that the Mario Kart pro and the Forza veteran can both meet up and be locked in a heated battle for the top podium place. 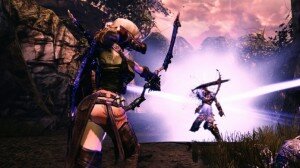 The last form I want to look at is the RPG side of gaming. I feel these days the RPG has 3 forms, Japanese-RPG’s, Western RPG’s and RPG ‘elements’. Well the latter of those three simply means character progression and the odd unlock so we can pretty much toss that to the fire. But there doesn’t in all seriousness seem to be anyone doing and RPG in a unique way. Most if not all use a standard levelling system, a good few of them are based in the kind of world filled with elves and goblins and those who aren’t following those patterns are usually the J-RPG’s which although more interesting than hearing the tale of good triumphing over evil in a fantasy setting for the hundredth time still adhere to the same rules as each other. Now unfortunately I don’t really feel anyone has done an RPG in a new way for a while. So by all means let me know if they exist in the comments below!

Overall I guess I wrote this feeling like there is very little change happening right now within the industry and I’d love to hear your views on it as well. The answer for me is although some are trying to change things they simply are part of a minority. I could be missing some great titles here that may change this feeling so feel free to shout them at me as loud as you like. And is there a type of game or a genre you feel is getting far too stale and needs to have an injection of fresh ideas to bring it back to life? Let me know as usual down below.

A British games enthusiast and avid writer. Likes to write reviews and cool features and discuss games. He can be followed on Twitter through @SuperMassive20

Bloodborne Gets A Release Date And New Trailer