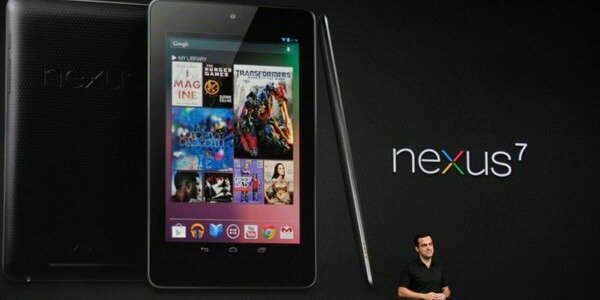 It’s out to quench Kindle’s Fire.

That’s right, at Google I/O this morning (Google’s own mini E3 for its products), the firm introduced what many are calling the Fire-beater, in that it’s priced the same as Amazon’s Kindle Fire, but comes ready with way more power, and better resolution.

The Nexus 7 is a 7-inch device, with a 1280 x 800 IPS LCD that clocks in at 400 nits of brightness. That’s powered by a NVIDIA Tegra 3 T30L quad-core processor running at 1.2GHz. Wireless connectivity is 802.11b/g/n and Bluetooth as well, but there’s no WWAN connectivity here, meaning you’ll have to stay near the hotspot. Finally, there’s 1GB of RAM and either 8 or 16GB of storage. The thing also runs games very well.

Nexus 7 costs just $199 for the 8GB model, 16GB for $249. That’s a very fair price, especially compared to the Kindle Fire which is running the same price on much more dated hardware. Hopefully Amazon will unveil a successor to its popular tablet soon. It will have to.

The Nexus 7 gives up to 9hrs of battery life. Amazing for such a powerful and compact device.

Previous: Thirsty Conversations: How Much Are You Willing To Pay For PS4?
Next: Infinity Blade Is More Profitable Than Gears Of War, Says Epic Games