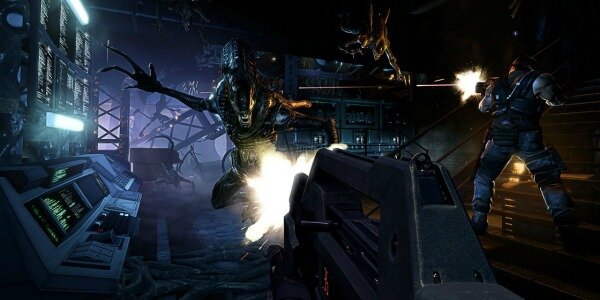 Aliens: Colonial Marines Will “Look The Best On Wii U”

That’s right after Gearbox boss Randy Pitchford said the game would look at least as good as its PS3/360 counterparts.

Developers and publishers creating Wii U games are under tough orders from Nintendo not to divulge the system’s specifications until NDA agreements have retired. As of now, the console’s specifications is a top-guarded secret.

In earlier reports, Wii U was said to be less, or just as powerful as PS3 and 360, but Eurogamer has been told by developers who’d rather remain anonymous because of the sensitivity of the topic, that once games are built from the ground up for the console, its true potential will be on display.

“[Creating the Wii U version] has been pretty easy,” Burleson told Eurogamer. “The Wii U is a powerful, powerful machine and it can do a lot of cool new things. And so the game itself, moving it over to work on the Wii U was not much of a chore.

Now the interesting thing is finding out all the cool ways you can use the controller to do new stuff with it. You can imagine all the cool things we can do, with this franchise and having a thing with you, right?”

Gearbox plans to make the Wii U version very cool, too, for exmaple Aliens’ famous motion tracker will be displayed on the controller’s touch screen controller, alerting players to the presence of those enemy aliens.

The Wii U’s power, though, is “one thing I can’t talk about”, he admitted. “Actually nailing the specs, they haven’t come out with them yet.”