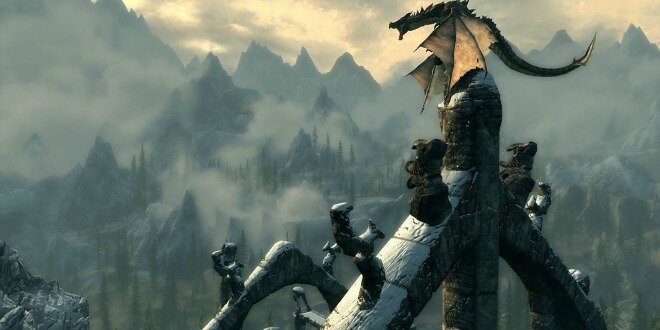 It was a glitch.

Earlier today on Skyrim’s official website, the game was listed as coming to PS4 and Xbox One, see screengrab below.

Well according to Bethesda, it was a bug that caused PS4 and Xbox One to be listed as platforms the 2011 game is coming to.

“We have been working on the CMS that runs our sites,” Bethesda marketing exec Pete Hines said. “A bug caused platforms that don’t exist to show up for some games. Sorry for confusion.”

Still, that doesn’t mean that the game isn’t being remastered for a next-gen release. It simply means Bethesda screwed up and had to come up with an excuse. Said excuse being it was a glitch that caused it to show up so early —

I know, I know. I’m talking nonsense, but we shall see.

Previous: The Wait Will Be “A Few More Months” Before Twitch Makes Its Way To Xbox One
Next: Ten Things You Should Know About PlayStation Now