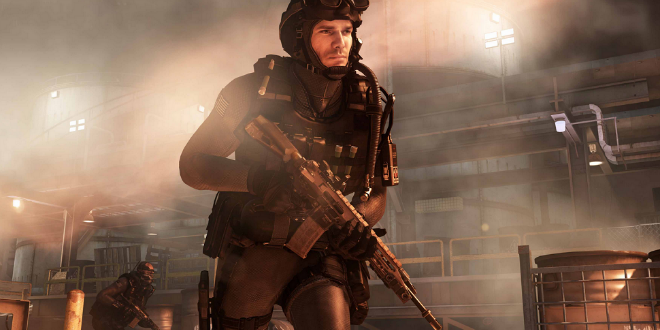 Some would say that ‘they knew the day would come when Call of Duty would see its decline’, and evidently, by some of the reviews of the latest installment, Call of Duty: Ghosts, it seems as if the franchise has taken a downhill path. Review scores are below.

Now mind you, the bigger sites like IGN and Gamespot gave the game “great” ratings, with 8.8/10 and 8/10 respectively, so it’s still a solid shooter. But the other reviews knocked the game for being more of of the same, and daring to follow a familiar road instead of doing some bold and creative things — especially with the new next-gen hardware.

As a game released across generations and running on a modified version of an aged engine, Ghosts was never going to be a next-gen showcase, but it’s still a letdown to discover the only tangible result of PS4’s extra processing power is a few sliders being nudged up. It’s a brighter, higher-res version of the same game as ever, and the only sign you’re not simply playing a maxed-out PC build of Black Ops II is the abundance of particles. Whether it’s dust from a crumbling wall, debris fluttering in the aftermath of an explosion or bubbles from a scuba-diving NPC’s air tank, you’re never far away from a big cloud of something small.

Elsewhere, there is only disappointment in how the next-gen consoles’ power has, or rather hasn’t, been used. After a plane crash, we skulk through the undergrowth and dispatch an enemy search party. This abundant hi-res foliage doesn’t react to our presence at all. Things are even worse on Xbox One, where resolution is dialled down in favour of the series’ 60fps tradition and the game runs at 720p. While the PS4 version runs at a native 1080p, that precious framerate drops briefly before checkpoints, which are at least placed so that the odd stutter never affects gunplay. On current-gen consoles, meanwhile, a 12-player cap means the end of the nine-vs-nine Ground War mode.

Many will be satisfied by the simple existence of a COD game on the day next-gen hardware launches, but this is a missed opportunity nonetheless. The studio that defined the console FPS in the current generation has declined to do the same here. By the time it gets another chance, it may be too late.