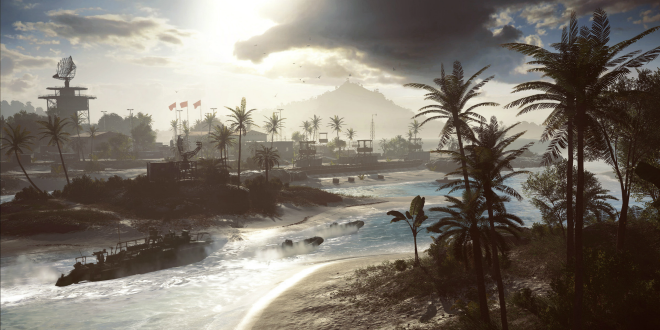 DICE: PS4 development not much different from PS3

DICE’s Aleksander Grondal weighs in. Battlefield 4 multiplayer head revealed, in an interview with OPM UK, Grondal said DICE transitioned smoothly from current to next-gen thanks to the “next-gen ready scalable engine” they use.

““For us, it’s not that much of a difference really. We have a scalable engine – it was already ‘next-gen ready,’ if you will, when we shipped Battlefield 3.

We do parallel development for all platforms, so, for us, [moving on to PS4] is not really that big of a change.”

When asked if he’s excited about the ‘Share’ button that Playstation 4 will feature, Grondal replied:

“Absolutely, that’s a super cool thing for us. The ability to share has been on PCs for a few years and people have done a lot with it,” he replied.

So, I am super excited about people sharing their Battlefield moments on PS4. It will create a much more interesting sphere of social interaction.”

So, there you have it. DICE’s scalable Frostbite engine helped the company transition smoothly from one console to the other. Battlefield 4 is scheduled to come out in October, with Playstation 4 and Xbox One receiving next-gen versions at launch.

Gaming lover, web developer going for HND and Bachelor, founder and developer at Underground Journey. When I'm not under the faint light of a PC monitor or TV playing games, I try to lead a life as exciting as I can. Follow me on Twitter @CrashOkami, or Facebook.

Previous: Borderlands 2 Game of the Year Edition incoming?
Next: EA: No “strategic tilt” involved with Microsoft

You can turn on your PS4 remotely to download stuff