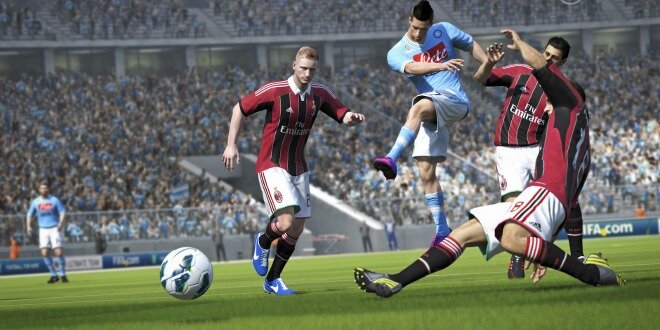 According to EA Sports executive vice president Andrew Wilson, PC gamers will not get the next-gen version of FIFA 14 because most of them have PCs with specs below the Ignite Engine’s requirements.

“Even though there were some PCs on the marketplace that could run that engine, the lion’s share of PCs on the marketplace could not. And the majority of the gamer base that was playing the game on PC did not have a PC spec that would work with that,” Wilson told Polygon while speaking about the move to the Xbox 360/PS3 game engine for the PC version of FIFA 14.

But that’s not to say future FIFA games won’t come to PC.

So could I see the potential for EA Sports Ignite to make it to PC in the future? Yes, I think it’s possible, but a couple of things need to happen.

Lastly, Wilson said “there needs to be some adjustment in terms of how EA Sports Ignite works to facilitate the open nature of PC architecture, rather than the closed nature of console architecture”.

You Can Play FIFA 14 Early