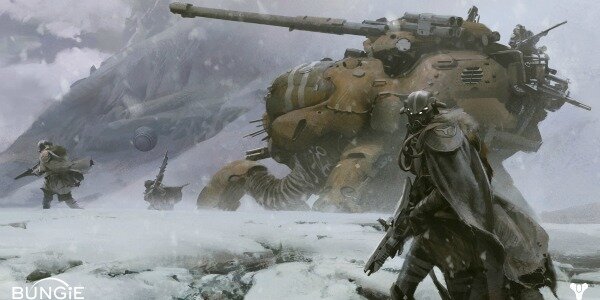 Bungie’s been cooking up a massive universe ever since it left Halo, the franchise it created in the good hands of 343 Industries. But we’ve known little, if anything about the new game being published by Activision, until now.

An ad agency leaked what appeared to be concept art of the game, however when Bungie was approached by the media concerning the leak, the developer confirmed that indeed, what was leaked about the game, though merely just the surface, were details about its new, awesome-looking universe: Destiny.

According to a leaked document provided to Kotaku and IGN by an anonymous tipster, “Our story begins seven hundred years from now in the Last City on Earth, in a Solar System littered with the ruins of man’s Golden Age. A massive, mysterious alien ship hangs overhead like a second Moon. No one knows where it came from or what it’s here for, but only that it’s our protector. Meanwhile, strange, alien monsters creep in from the edge of the universe, determined to take Earth and the Last City. We are young ‘knights’ tasked with defending the remains of humanity, discovering the source of these monsters and – eventually – overcoming it.” Elsewhere in the document, the massive alien ship is referred to as “the Traveler.”

Destiny is designed for your inner seven year old. We want to make it feel like a mythic adventure.

Destiny’s gameplay is apparently “social at its core,” offering “a world to explore with friends, both old and new.” The document also includes a Destiny logo along with Xbox 360 and PlayStation 3 icons, as well as the URL Destiny.com. The URL is locked, though, hinting that it might actually be the game’s authentic name.

Once the info was leaked, Bungie posted this statement on its official wesbite:

We’re not quite ready to take the wraps off our next universe, but in light of recent events we thought we’d give fans something a little more official over at Bungie.net. Feel free to drop by and say hello! There’s much more to come.

From the ad agency: 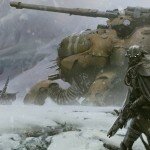 Nothing was mentioned abut next-gen consoles, but we’re sure that if the game’s to be released next year, it’ll make appearances on current and next-generation consoles.

Thanks for the sip EG, I look for the full quench in a week! Happy New Year!!!...