Sponsored Post: Tomb Raider™ is undoubtedly one of the best Online Slot games on the web. With a massive following around the world, the game is something of a cult hit and has been creating BIG money winners for years, showing no signs of slowing down either!

Originally tumbling onto our screens in 1996 in the original Tomb Raider, Lara Croft has had numerous outings on a variety of consoles including Xbox, PlayStation and PC. She has also been the subject of two blockbuster Hollywood films and will be gaining even more new fans with another big budget console outing in 2013.

The most exciting thing about the Tomb Raider slot however is that players can now enjoy all the action right on their Smartphone, literally taking the rough and tumble Lara around with them wherever they go! 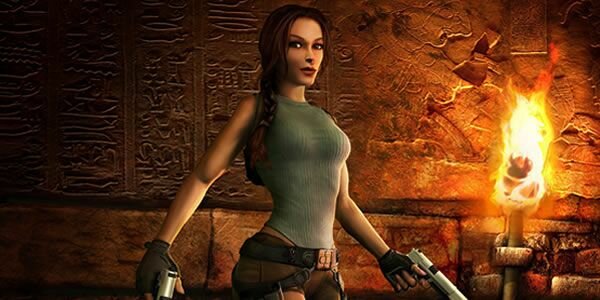 The Tomb Raider™ Slot is played on 5 Reels and boasts an impressive 15 Paylines for players to rack up big winnings on. With a flexible coin bet range and fast, exhilarating gameplay this is the perfect game for adrenaline junkies everywhere!

The Bonus Idol Symbol is the Scatter and 3 or more of these across an active Payline will trigger the Idol Bonus Feature. A particularly lucrative Bonus Game, you’ll have to make like Lara and steal 3 of a selection of Bonus idol statues. Each statue hides a mystery Bonus amount and Bonus wins will be added to Payline wins giving players a fantastic Multiplier.

The Tomb Raider logo is the wild and should you see this across any of the Reels you’re in for a treat – the Symbol will substitute for all other Symbols (except the Scatter) to help you land big money payouts.

Lara herself is the second Scatter Symbol and should she swing into action, guns blazing across the Reels you’ll INSTANTLY trigger the Free Spins Bonus Feature. Here you could win up to 10 Free Spins, with ALL your winning combinations during Free Spins being subject to a 3x Multiplier meaning even MORE rewards. Even better, Free Spins can be retriggered and all bets and lines are the same as the game that started the Free Spins meaning you could be in for a Lara style windfall!

I saw you toiling away at this earlier when I arrived home with my copy...Collectors Edition...I needed that K...

@foxton: I don't want to start a flame ware or something, so I guess I'll just accept your apology. I agree wi...

If GT5 is anything to go by, if they only taking pictures of cars at the moment expect this to be released aro...

@Z thats my point clearly i didnt read all of your tripe. Do you really think id waste my time reading somethi...

Most studios do that these days. It's the "new way", apparently....