Fails in too many ways. Weak single-player with noticeable inconsistencies. Par-for-the-course MP.

Two years and counting. That’s the amount of time Danger Closer, the developer behind Medal Of Honor: Warfighter had to craft the game, but two years have come and gone, and I’m left wondering what on God’s earth were these guys up to, because Medal of Honor: Warfighter just doesn’t measure up to standards set by Battlefield and Call of Duty… Not by a long shot.

Let’s start with the game’s single-player portion. Danger Close tried to tie real-life Seals stories into the game’s narrative, a deliberate effort to show authenticity, but even that wasn’t executed properly. And so it happens.

In the beginning, there was a bomb, the bomb was placed on a truck and said truck subsequently exploded, putting into motion a series of shooting and running, until you’re met by a helicopter than must be taken down with a Rocket Launcher. Once the threat has been eliminated, the game goes cold – taking you back to the U.S., showing a Seal talking to his wife on a cellphone, who doesn’t sound too pleased with his randevous. But he won’t listen, the marriage is on the brink yet a war is brewing, the seal chooses to go with his warfighter mentality instead. By the way, this is written more exciting than the game really is. The opening sequence is boring and tiresome. You’ll feel like you’ve been there, done that already, and had a much more thrilling time doing so…in the past, playing another game. 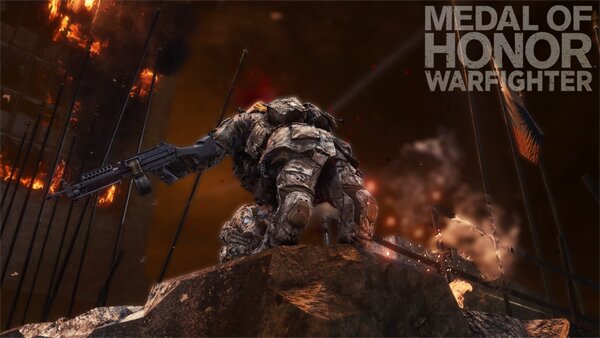 After the lengthy and stale intro, the game settles for a slower pace, as you move from mission-to-mission with scant connections. I had no idea, to be honest, what my mission was about apart from shooting Talibans to hell in every new level. To accompany the lacking story, you’ll be greeted by bugs along the way, some forcing you to restart the game! Warfighter’s missions are set sporadically around the Middle East, but it’s more a mesh of clashing colors hastily sewn together than a beautifully hewn garment. If Medal Of Honor: Warfighter were a house, no one would want to live in it.

And that sums up the game’s single-player portion, really. You, following a man to an invisible objective, breaching doors, shooting terrorists, using snipers, etc. That’s it, all done in beautiful environments. Yes, Medal Of Honor: Warfighter does look pretty, but like I’ve said many times, visuals is just one component of game. The gameplay, too, is solid, and you’ll see hints of Battlefield 3 in here, however the shooter gets stuck somewhere in the middle, not knowing exactly what it wants to be, what it wants to do, and who, if anyone, it’s trying to please.

Certainly not those who love a challenging AI. Warfighter’s artificial intelligence is so weak it makes you feel stupid. In this one scene, an enemy vehicle rages towards us with a mounted gun on the back of a truck. You would think he’d go heavy and start firing until we fall back – he doesn’t! The man stands on a truck, shooting the opposite way while I take him down with a pistol. No challenge. No fun.

To be fair, Warfighter does a few things right: The game’s vehicle sections are done very well, with solid driving mechanics and the freedom to move about. Although you’re directed down certain routes, the freedom of control is given to make you feel in charge of the situation. 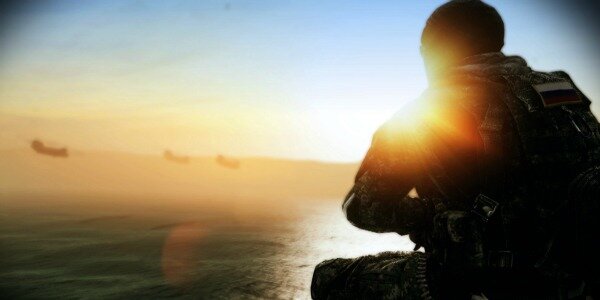 Warfighter has also been blessed with a new aiming system. By holding L2 (or left bumper on Xbox 360) you’ll enable what I’ll call free aim, where you’re locked into position, allowing you to slightly alter your aim along the X axis. It’s a great feature to take down enemies without getting hit.

The game’s campaign, then, simply deserves no Medals, as it fails to entertain, fails to bring forth a compelling story, and does no justice to the soldiers it embodies by telling their tale through forced flashbacks.

I spent a good deal of time in Warfighter’s multiplayer, and although it’s enjoyable to some extent, there’s nothing that changes anything. In fact, I played at least 7 games with Mezzo and another 7 with random players, and I haven’t felt the need to go back – even if I know I will eventually, just because it’s a new game, and not because I feel compelled to.

There are six different classes in total that can pair up to form interesting compliments to each other; however, from the first moments of Medal of Honor: Warfighter multiplayer, Danger Close, chose, strangely, to have one class unlocked. It’ll take you a few hours before you have them all unlocked. 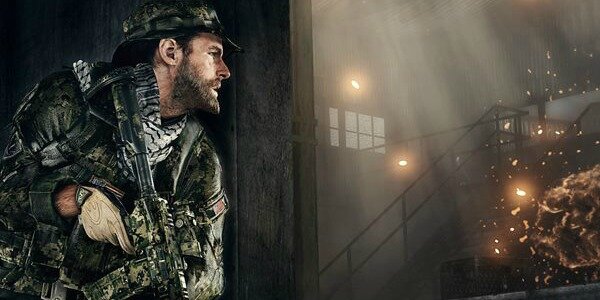 Classes include Assault, Sniper, Demolitions, Pointman, Spec Ops, and Heavy Gunner. Each one has specialized equipment and character attributes. The Sniper, Spec Ops and Pointman, carry light armor and are the quickest on their feet, while the Heavy Gunner and Demolitions classes can take a few more bullets, but lumber around the map like a tank. Every class has a special ability and encourages different play-styles, supporting the team in various ways.

In addition to traditional modes like TDM and Capture The Flag, Warfighter introduces two new modes: Home Run and Hot Spot, and brings back a few old favorites like Combat Mission and Sector Control. Home Run is a variant of the standard capture-the-flag mode, which place players in a small arena on attacking and defending teams. Attackers must grab one of two flags and bring it back to their base, while the defenders attempt to stop them. The winning conditions are score based with teams taking turns on the attacking side. Hot Spot is a fast-paced mode requiring a considerable amount of communication and team strategy.

The multiplayer is also very buggy. You’ll find yourself floating in the sky at times, and failing to spawn in the allocated location. I was once placed in a restricted area upon spawning, leaving me confused as to what was going on. There’s also no way to exit the game? I searched but haven’t found it. It crashed my PS3 at one point while looking for different modes, and throws you in empty games, sometimes.

I like the buddy spawn system which, unlike Battlefield 3, will not allow you to spawn on your friend if he’s in the line of fire. I also appreciate how at the end of a game the best team is shown rejoicing with fist bumps, etc.

But in the end, Medal Of Honor: Warfighter isn’t what you’d expect from Danger Close, especially in a day and age when the FPS genre in particular has become extremely competitive, with developers like DICE, Infinity Ward, 343 Industries, Gurrella Games and Treyarch pushing the boundaries. And with big titles like Halo 4 and Call of Duty: Black Ops 2 available in less than one month, there’s no need to buy Warfighter. Rent it instead.

42 Comments on "Medal Of Honor: Warfighter"