Ghost Recon Online for Wii U is on hold 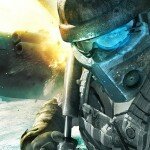 Speaking to Videogamer, Ubisoft producer Theo Sanders said that the team working on Ghost Recon Online’s Wii U version has shifted its focus to the PC version. The game was announced for Nintendo’s new console during 2011′s E3. “As of right now, the entire Ghost Recon team is focused on the PC version only. The Wii U version is on ... END_OF_DOCUMENT_TOKEN_TO_BE_REPLACED

I Am Alive reaches PC September 13

I Am Alive, Ubisoft’s downloadable game that reached consoles earlier in 2012, and now it’s time for the PC version. Ubisoft announced the game will be available at its online store, Valve’s Steam and other digital retailers for 15$. The game is not a straight port, though. It’s been enhanced, with higher resolutions and sharper graphics, for PC’s that can ... END_OF_DOCUMENT_TOKEN_TO_BE_REPLACED 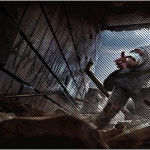 The new trailer for the Action-Survival Arcade game, I Am Alive, stresses Survival. It’s a post-apocalyptic setting and you’re not really sure exactly what happened. All you know is that most people are dead, and civilization has come to an end; it’s now all about the essentials, like food and water. It’ll be up to you. Do you attack to ... END_OF_DOCUMENT_TOKEN_TO_BE_REPLACED