Video Thirst: How About A Full Hour Of Ultimate Marvel vs Capcom? It’s Yours

Tweet Capcom’s posted a full hour of Ultimate Marvel vs Capcom gameplay taken from its GamesCom 2011 showing, and the vid’s packed with pulsating action. Catch it below the cut.

Tweet Some off-screen footage of Modern Warfare 3 has been leaked, showing a short, stealth scene. It was shown behind closed doors at GamesCom 2011.

Tweet Konami’s released over five minutes of nonstop Metal Gear Solid 3: Snake Eater action, one of the games coming as part of the HD Collection. Get it inside.

Tweet 2K Games isn’t slacking with Borderlands 2, gamers have been excited about the sequel and the publisher’s about to raise their joy levels ever higher by livestreaming the game’s GamesCom 11 presser live. It’s on now below the break.

Tweet Want more Uncharted 3 GamesCom 2011 footage? We all do. Get quenched below the break.

Tweet A GamesCom 2011 Saints Row: The Third trailer has been released. View it below the cut.

Tweet The Uncharted 3 GamesCom 2011 demo was the hottest thing we’d seen in a long time. We even had dreams about it. So when we realized that multiplayer footage was also on gaming’s web, we had to embed it… Read More »

Tweet We’re really loving what we’ve seen from Metro: Last Light thus far, and the more we get to know about the shooter, the better things look. Below the break are eight news screens that’ll surely ignite your inner juices.

Video Thirst: 12 Minutes Of Uncharted: Golden Abyss On PS Vita Is Turns On The Heat

Tweet Uncharted: Golden Abyss, PS Vita’s own bona fide Uncharted title has just blessed us with 12 minutes of quenching gameplay. You want it? Why, Hit the link.

Tweet Celebrations must be ongoing at DICE and EA now, as news has arrived that the developer’s shooter, Battlefield 3, has won GamesCom’s most coveted award: Best Of GamesCom.

Tweet PS Vita’s getting some hot launch titles to boost sales, but the hottest game amongst them all must be Uncharted: Golden: Abyss. Become a believer below the cut.

New Bioshock Screens Are All About That Woman

Tweet In Bioshock: Infinite, there’s this precious angel-of-a-woman name Elizabeth, but sadly one of Columbia’s worst villains wants her to himself, or dead. She’s down pressed but determined, confused yet profound, the screens below the break tell tales of that… Read More »

Tweet Activision’s released a trailer for the latest 007 titled dubbed GoldenEye 007: Reloaded, showing off the game’s Ops Mode, and bringing along for the ride lots of action. Quench it below the break.

New Silent Hill Game Will Be A Top-Down Multiplayer Shooter

Tweet Think of the Silent Hill franchise and you will immediately draw up images of deserted towns, twisted enemies and a terrifying horror experience. You wouldn’t however think of a top-down multiplayer experience. News from Konami’s gamescon presser has revealed… Read More »

Tweet Yes it does. Hit the link to see Ezio stab thieves and dangle across ropes, slamming through frail wood all in the name of an assassin. There’s even snow. Hit the link.

Don't you think you're being a bit too critical, especially at this point...? And as for the OS's they're both...

who needs gas when you can hack gas in your car ?...

anonymous fat ass hackers don't care about gas prices they don't have or need cars because they never leave th...

"How about they do something about gas being damn near $4 a gallon in December." Exactly what I'm saying!... 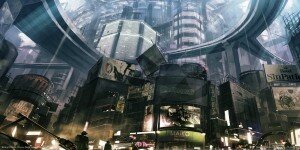