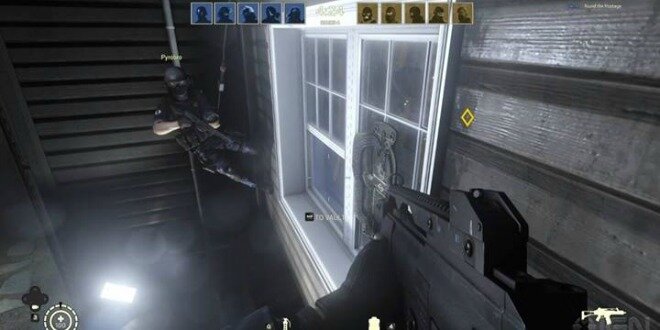 Ubisoft Announces Rainbow Six: Siege, Trailer Will Shut You Up

Have you ever been so intent on watching a thing — movie, gameplay or sports game, that you simply could say a word? Yes, I know. And Ubisoft’s newly announced Rainbow Six: Siege will do exactly that to you. It’s below the break.

Tom Clancy’s Rainbow Six Siege also features a technological breakthrough that redefines the way players interact with a game environment. Leveraging Ubisoft Montreal’s proprietary Realblast engine, Tom Clancy’s Rainbow Six Siege incorporates procedural destruction that is realistic and unscripted, meaning the environment reacts authentically, distinctively and dynamically, based on variables like the caliber of bullets or the amount of explosives used. This advance allows players to leverage destruction in meaningful ways. Walls can be shattered, opening new lines of fire. Ceilings and floors can be breached to create new access points. This ability to modify the level design in real time enables players to create new gameplay opportunities directly within the game level.

“As fans of Tom Clancy’s Rainbow Six and tactical shooters in general, we set out to create the game we always wanted to play within the counter-terrorism universe. We asked ourselves ‘how could we capture the incredible tension and unique tactics of these confrontations?’ We found the answer in the Siege gameplay and procedural destruction.” said Xavier Marquis, creative director at Ubisoft. “Tom Clancy’s Rainbow Six Siege is the game that Tom Clancy’s Rainbow Six fans have been waiting for, and first-person shooter players will be drawn to its unique gameplay.“