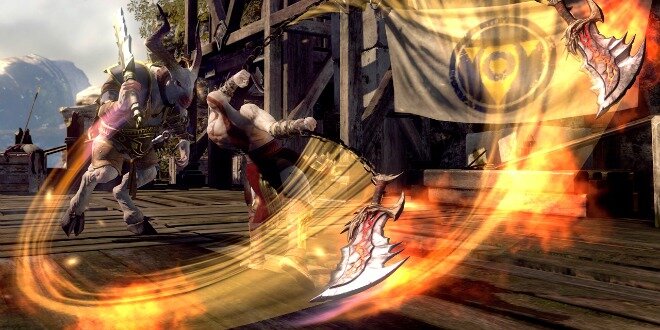 Sony Santa Monica are teasing an E3 2014 reveal of God of War 4 for PlayStation 4.

Since the last God of War effort, subtitled “Ascension”, Sony’s remained mum on the franchise, but we suspected that Santa Monica has been up to something for the longest while, and playing on an earthquake that poked L.A. last night, the studio’s twitter account couldn’t help but let loose a hint: “The Gods have spoken once again, maybe they are just excited for #E3 #earthquake #LA,” the tweet said.

Expect this year’s E3 to be an explosive one, then, as Sony will seek to gain on its winning streak by wowing gamers with new gaming experiences and new hardware technology, and Microsoft, as it hopes to turn a new chapter with the troubled Xbox One, will come strong with surprises of its own.

We’ll be covering the full thing, of course.