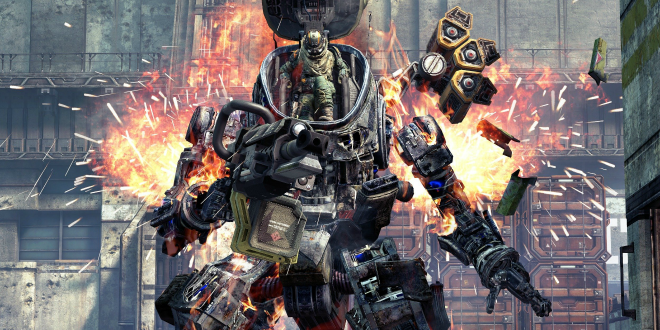 Respawn Entertainment’s Titanfall made it to number one on the UK Charts, fending off Dark Souls II to become the fastest selling game so far in 2014, and helped Xbox One double hardware sales by 96 percent, with the Xbox One Titanfall bundle representing 70 percent of sales.

Dark Souls 2 performance was strong even if it came it number 2 on the charts. The game managed to sell 20 percent more than its predecessor, a good sign for From Software and Namco.

Elsewhere on the charts things were par-for-the-course, with South Park: The Stick of Truth falling two places to no.3, and The LEGO Movie Videogame and Thief coming in at no.4 and no.5 respectively.

Killzone is back on the charts no doubt because of hardware made available in the U.K. last week, and looking forward to the week ahead, inFamous: Second Son will surely top the UK charts as its seen astronomical preorders. As for Titanfall, the game will slip next week, but expect it to come roaring back once it’s released on Xbox 360.