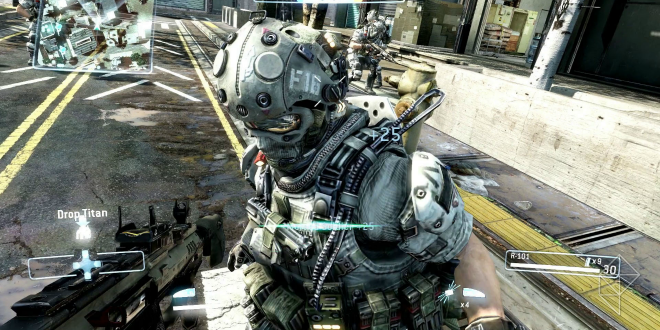 Posted by: Ernice Gilbert March 15, 2014 in Articles, PC, Xbox One Leave a comment

The most-hyped game of this, the eighth generation of gaming is Titanfall, and it’s now available on PC and Xbox One. Are you one of the “hundreds of thousands” now playing the game? It’s the weekend, friends, and things are finally heating up in the next-gen gaming space.

I’m not sure how well Titanfall has performed so far — it went on sale in the U.S. on Tuesday, and according to Xbox UK Marketing Director Harvey Eagle, “Millions of gamers around the world played the Xbox One Titanfall beta and hundreds of thousands have been playing since Tuesday when it launched in the US. Xbox One is the best place to play Titanfall and there has never been a better time to join the new console generation.”

But we don’t know many copies have been sold and surely Microsoft would be bragging, like any other company would, if one million units were sold. But that hasn’t happened, and we’re wondering how well the game is doing at retail and, more critically for Microsoft, has it been the console-seller they hoped it would be.

We don’t know that yet, but we do know that it’s a good game, with the potential of becoming one of this generation’s masterpieces. And although it has certain aspects of Call of Duty, according to reviewers, there are enough new ideas in it to make the title from Respawn Entertainment truly revolutionary. But that would have to be in the upcoming iterations. Titanfall 2 perhaps.

The weekend question here is, are you among the “hundreds of thousands” who’ve purchased the game? If so, you’re more than likely having a blast — and will continue to do so over the weekend. Advice: take breaks, be strategic and have yourself a great Titanfall-weekend.

Titanfall Gameplay On All 15 Maps