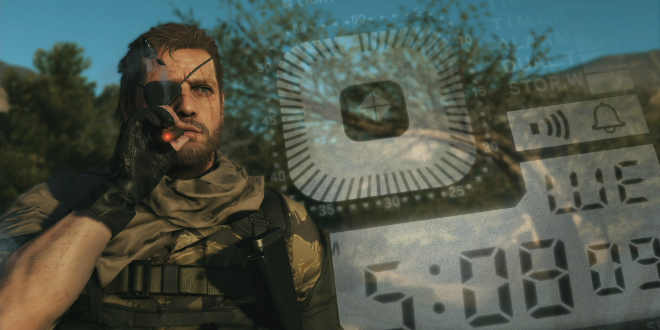 “I’ll be honest here: this wasn’t necessarily a strategic move. The Phantom Pain is roughly over 200 times bigger than Ground Zeroes… I knew we couldn’t hit a game that big for next-gen launch date [22nd February for the PS4 in Japan], and we didn’t have any Japanese titles that were available for launch… At that time Ground Zeroes was almost complete, and a lot of fans asked for a product out there, so that’s the decision I took.”

“If I can’t make The Phantom Pain on time, but the product is there I might as well deliver it for the people,” he added. “So that was the reasoning behind this move, though I didn’t do too much thinking on what would happen after that.”

Kojima further explained that he wanted Ground Zeroes to get people excited about big-budget next-gen games: “A lot of people are losing interest in these high end games,” he lamented.

“They’re mainly interested in these mobile games, these social games, and with next-gen coming up I wanted to show people that this was still fun, that this was still something that’s worth playing… that’s part of the reason I decided to move ahead and just put out the product.”