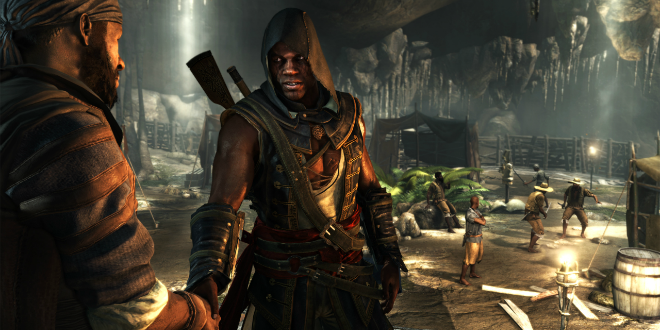 Ubisoft has revealed that the latest game from its biggest franchise has sold over 10 million copies, and is expected to top 11 million by March, 2014.

“Assassin’s Creed 4 Black Flag performed particularly well, reinforcing the franchise’s long-term potential and therefore its upcoming iteration,” said Ubisoft CEO Yves Guillemot in a prepared statement. “This robust showing was achieved thanks to the excellence of our teams, our extensive development capacities and the efficiency of our Lead and Associate studio structure.”

Still, the game managed to fall 2 million short of Assassin’s Creed III’s sales during the same time last year, but Guillemot said that ACIV’s sales were stronger in the first four weeks of 2014.

“We expect to reach around 11 million by the end of March, a remarkable performance close to the high end of our plan,” Guillemot continued. Adding: “Pricing was very strong, almost on par with last year’s level. We are extremely proud of this achievement notably in the face of a challenging environment and an exceptionally competitive context.”

Previous: Watch Dogs Confirmed For A Release Between April And June, Wii U Version Delayed
Next: PS Vita Slim Coming To U.S. In Spring