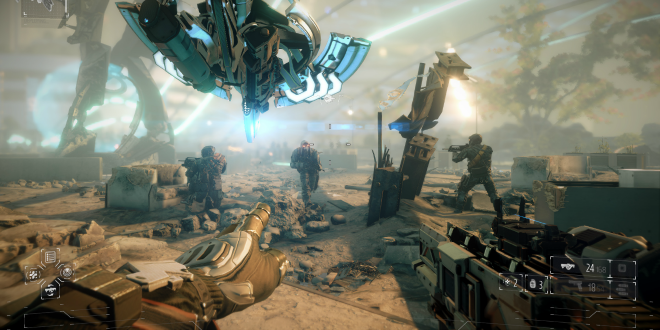 Guerrilla Games and Sony must be dancing to a happy song these days, as Killzone: Shadow Fall has proven to be PS4′s bestselling exclusive, with the shooter moving over 2.1 million units since it went on sale alongside PlayStation 4 on November 15th.

“I am thrilled that so many users have been enjoying Killzone: Shadow Fall since the launch of PS4,” said Shuhei Yoshida, President of Sony Computer Entertainment Worldwide Studios (SCE WWS). “This title fully embraces the creativity of the development team at Guerrilla Games*2 based in the Netherlands, and is a perfect representation of what SCE WWS has to offer. SCE will continue to deliver exciting software titles, and is currently developing more than 30 titles including DRIVECLUB™, inFAMOUS Second Son™ and The Order: 1886™, which offer entertainment experiences only possible on PS4.”

The announcement was first made through twitter before Sony sent out the press release. Either ways, it’s good news for Guerrilla Games, but I’m not so sure I’d be celebrating yet. The game didn’t review well at all, and I personally believe that it’s the worst Killzone game ever made. I actually winded up deleting the title from my PS4, that’s how much I hated it, and I’m a huge Killzone fan. So we could have a situation where a lot of people will simply not purchase the next Killzone title when it comes out because of the bad experience. But again, we’ll see how this goes.

Did you buy Killzone: Shadow Fall? If so, what has been your experience? Let me know in the comments below.

Previous: Video Thirst: Life At PlayStation’s Sony Santa Monica
Next: Major Xbox One Update Coming In March, White Console Later In 2014 And Xbox One Without Blu-ray Drive In November