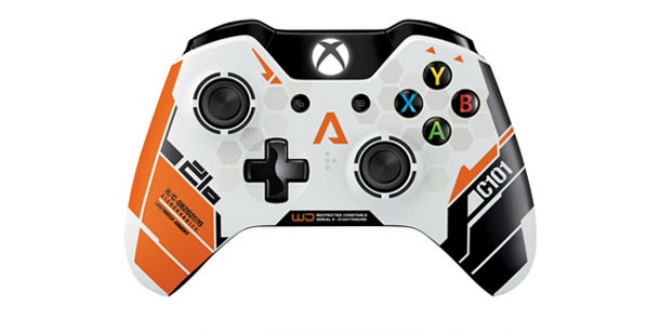 Xbox One’s biggest game is Titanfall, the highly-anticipated online shooter from Respawn Entertainment coming to next-gen exclusively on Microsoft’s console, meaning you won’t be able to play it on PS4. So of course the software giant would make a big deal of it, revealing today a special edition controller complete with Titanfall elements. Check it out below.

According Respawn Entertainment lead artist Joel Emslie, the goal behind the controller was, “to create a controller that feels as if it is a piece of military spec hardware transported from the universe of Titanfall and into players hands.”

It will be available for $64.99 alongside the launch of the game on March 18th.

Rise of the Tomb Raider Is An Xbox One Exclusive