It seems as if EA is planning on releasing Battlefield games on a yearly basis to better battle Activision’s mammoth Call of Duty franchise — but is it a good idea? Below, you’ll find that all the evidence leads towards Visceral Games, the former Dead Space developer, is actually working on a Battlefield game that’s be released next year.

Exhibit #0.) Criterion is 17 people and thus too small to make a Battlefield game:http://www.gamesindustry.biz/article…n-to-17-people

Criterion Games, the British developer of the Burnout series, now has a team of 17 people after the majority of the studio split to form a UK arm of EA’s Ghost studio.

Exhibit #1.) EA management has implied to Wedbush that a non-DICE developed Battlefield game is launching next year: http://www.videogamer.com/xboxone/ba…_spin-off.html

The report later states that Wedbush “spoke with [EA] management on Thursday afternoon, and although they have not yet announced a version of Battlefield for FY:15 [this goes from April 2014 to March 2015], they confirmed that our understanding is spot on and that if a version of Battlefield were to be released in FY:15, it would be developed by a studio other than DICE.”

And an outsourcing house agreed: 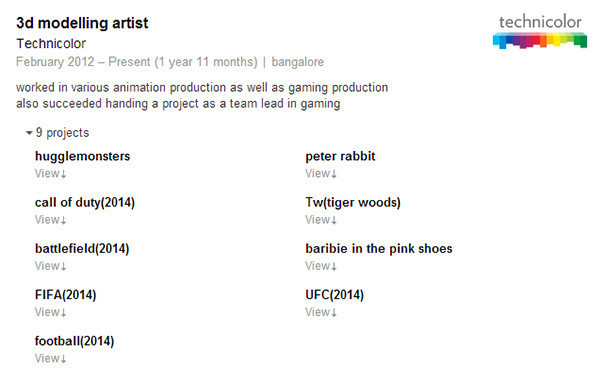 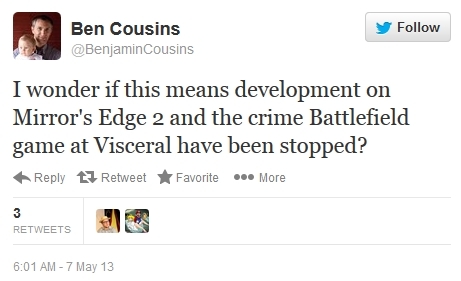 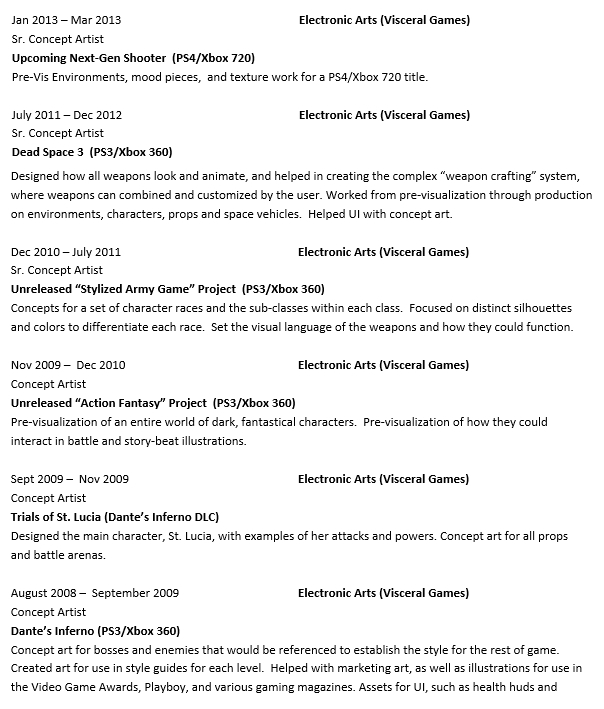 Exhibit #7.) Visceral has been out firing real world guns: http://www.youtube.com/watch?v=kpchI_fy3h8

Exhibit #8.) Visceral is working on an “exciting IP” in some of their job postings instead of a “New IP” or “Star Wars” like other postings explicitly list:

Visceral Games creates top quality next-gen games that push the boundaries of action entertainment. We have over a decade of experience at delivering high-intensity action gaming experiences such as Dead Space and Dead Space 2. As part of a worldwide group of EA studios, we have the stability and backing of a large company combined with the agility and fun culture of small studios and the opportunity to make original IP. We are focused on creativity, polish, and shipping top quality games that millions love as well as building healthy teams and culture. Come join a AAA-quality studio focused on making AAA-quality games!

Seeking a highly skilled Multiplayer Designer. This is a major opportunity to contribute creatively to an exciting franchise.
[Nirolak's Note: Their job postings for their new IP explicitly lists new IP, like this one.]

Exhibit #9.) Almost everyone from Visceral worked on Battlefield 4:https://battlelog.battlefield.com/bf4/credits/

In comparison, only a few people from BioWare were there, so they aren’t just listing whole studios:

Army Of Two: Devil’s Cartel Reviews Are In, Stay Out