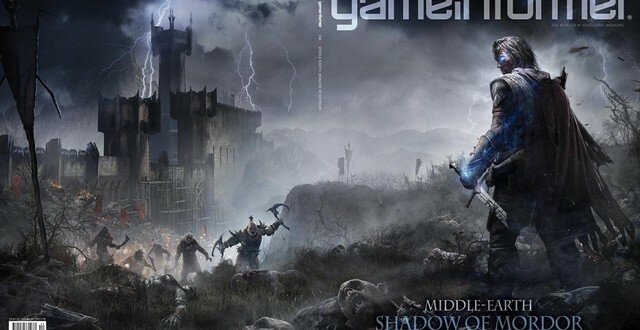 The next Lord of the Rings game, as shown for Game Informer’s cover reveal today, is called Middle-Earth: Shadow of Mordor. An open-world action game, set between The Hobbit and Lord of the Rings.

Not based on any of Tolkien’s works, this will explore brand new ground. Developed by Monolith (makers of Guardians of Middle-Earth, the MOBA), the game will be published by Warner Bros. for PlayStation 3, PlayStation 4, Xbox 360, Xbox One and PC. The January issue of Game Informer will have more info.

Developed for next-gen consoles, Middle-earth: Shadow of Mordor introduces the Nemesis System, a powerful and dynamic gameplay mechanic that allows players’ actions to shape enemy relationships and characteristics to create personal and unique story and gameplay arcs that are persistent even after death. Players experience a unique game every time as the dynamic world reacts and adapts to their choices.

Unexpected, albeit pretty welcome, news. How do you feel about it?

Previous: New Xbox One Snap Video Is Snappy
Next: This Is How Killzone: Shadow Fall Leverages PS4 Tech