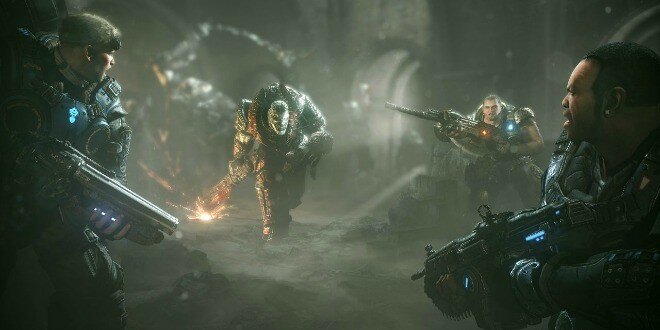 Epic vice president might hint at Gears jumping to PS4?

Adam Boyes, who does Publisher & Developer Relations at PlayStation, will be meeting with Sony Worldwide Studios boss Shuhei Yoshida, as he says in a tweet. But, replying to this tweet, Mark Rein, the vice president and co-founder of Epic Games, steps in and tells him to play “some Gears of War” with Yoshida.

@amboyes @yosp you guys should play some Gears of War!

Weird? We hear you. As always, until official word is out, rumors of Gears of War making the jump to PlayStation 4 run wild. A very possible scenario, since the IP is not owned by Microsoft, but by creator Epic Games.

Previous: Dead Rising 3 fails to run at 1080p, will run at 720p and 30fps
Next: Report: Xbox division costs Microsoft $2 billion per year