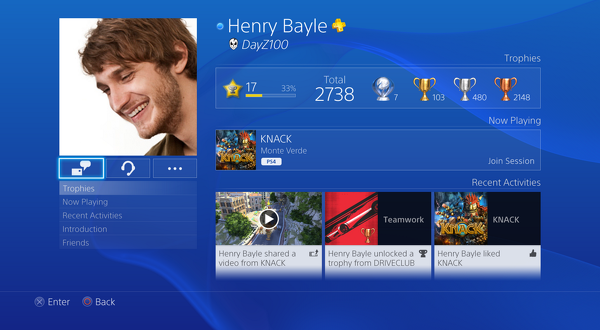 Sony’s given a few details (and screenshots) of its new, yet to be released, PS4 mobile app, and not only does it look really cool, it does a host of things really well. Or at least promises to.

So, the simple things like comparing profiles and trophies are there, just like the current PS3 app. But this one does much more.

Neat, isn’t it? Of course some of these very functions can be done on the Xbox One mobile app, but it’s great to see Sony kicking things up a couple notches in an effort to live up to its “Greatness Awaits” motto.

Here are some screenshots:

Previous: PlayStation App will be free
Next: Maxis working on “offline mode” for SimCity

PS4 “Link App” Coming To PS Vita In Next Update