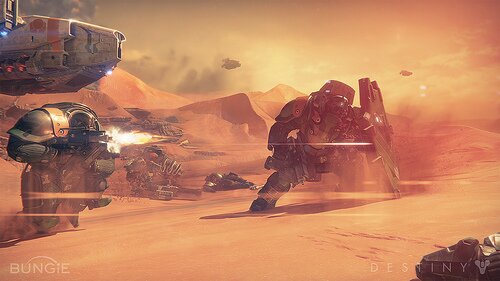 Bungie’s David “DeeJ” Dague, offering an interview to the Playstation Blog, discussed some of the upcoming blockbuster shooter’s many aspects, such as item customization, classes, weapons, and multiplayer details.

Bungie is staying in the science-fiction realm with Destiny. How is the dynamic different this time?

DeeJ: Destiny takes place in an entirely new world, with lands that are different from anything that we have created before. And we actually call it “mythic science-fiction” where we are fusing Destiny with science-fiction, fantasy and mysticism.

I think the players will relate to the heroes of Destiny as knights more than soldiers. Destiny is all about your own personal quest. It’s about an epic adventure to solve the mysteries that are encountered through the story.

The landscapes are post-apocalyptic ones. You mentioned that it would be something people would feel comfortable in…

DeeJ: It is a little ironic to say that post-apocalyptic society is a place you want to visit again and again but even though there has been a collapse of the Golden Age, even though you are a former civilisation and that the entire solar system has been smashed, the city that exists is a place where humanity still thrives.

The adventure that takes place in Destiny sends humanity back out into the wild of the solar system to reclaim the lost treasures of the Golden Age. So it’s definitely a story about redemption, about digging into our past to understand what happened and to secure our future.

Can you tell us more about the different classes in the game?

DeeJ: Destiny is all about making personal decisions. The first choice that any player will make is which class of Guardians they want to embody. You can be a Titan, just about heavy armour and brute strength; you can be a Hunter, which is about stealth tactics, or you can be a Warlock, which is all about using the enormous power of the Traveller.

These all provide different options for how you’ll look, how you’ll fight and what your combat style is. The armour they will have will tell us which missions they’ve completed, which destination they like to visit most often, and so on.

I think the strongest teams will be the ones where each player chooses a distinct role, uses different powers and different abilities. They all have different ways of backing each other up. 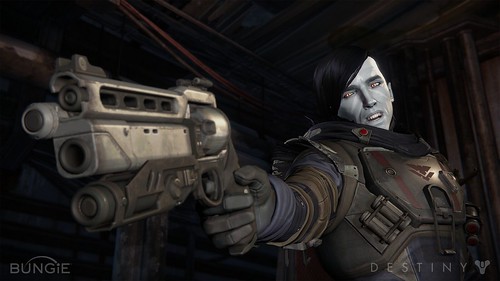 How about the weapons?

The more you use those weapons, the more they become dangerous over time. Different weapons will upgrade and be customised in different ways. Two people may look like they have the same weapons in their hands but they will behave in total different ways, based on the preferences of the player. It’s all about choices. The first step you take in the game is the most important one.

How long do you see the game’s life-cycle lasting?

DeeJ: Given the different ways of playing Destiny, and given the fact that the game is completely dynamic and will be different every time you experience it with other people, the amount of time that we’ll be relevant to the gamers who decide to play it is something that we think will be a very long life-cycle. The idea is to create a world that you can visit over and over again. 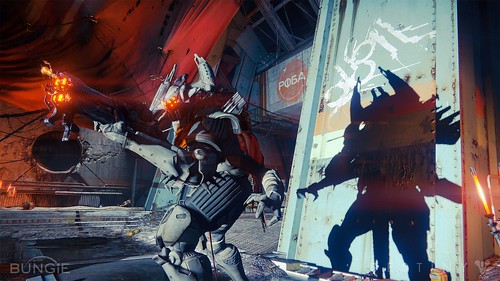 During the demo at gamescom, it seemed like you could start playing solo and then suddenly be in a scene where other players are all fighting together. Can you tell us more about the multiplayer?

DeeJ: I feel that this is the aspect of Destiny that differentiates it from anything else that Bungie has ever created. This has been an idea that we have had for a very long time. This game has been built up from the ground to be social and cooperative at the same time as you do go through that universe and pursue the story.

If you are on your own, you may see a public event and decide that you want to jump in and participate in it, or you can bypass all of the actions over here and continue your own path. You’re going to see other players participating in their own portions of the game and you can decide to participate or just go your own way.

We’re giving players the complete control of their experience with Destiny. They make decisions as to what they are participating in, they choose their path. But everything that they will do will have them in this living social world where they will cross paths with other heroes.

How have you found developing for PS4?

DeeJ: We are using brand new tools that have been built from the ground up so that we can optimise this experience on any device that we deliver it to. So we’re making a game that’s going to be great for any of the consoles that we deliver it to but we’re certainly excited about the next gen opportunities that the PS4 delivers and just from a community standpoint, I’m thrilled that Bungie can deliver a great experience to the PlayStation nation and welcome an entire new group of gamers into our community.

Do you have a message for the PlayStation community?

DeeJ: Your community will deliver the most important ingredient in Destiny, as they will create a character in this game, and they will play a role in this game. And as with any Bungie game, once it gets in the hands of the community, we completely lose control. They take it, they make it their own, and they do things in that game that we could have never imagined. And I’ll be watching. I can’t wait to see PlayStation gamers get hold of that new controller, and see how they share their experiences and tell their own stories. That’s what it’s all about for us! 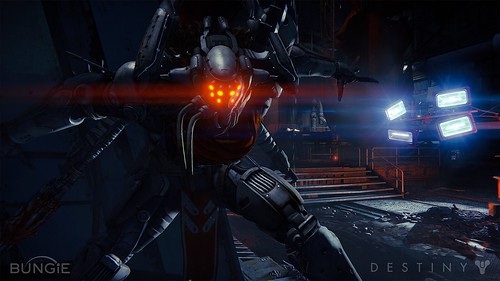