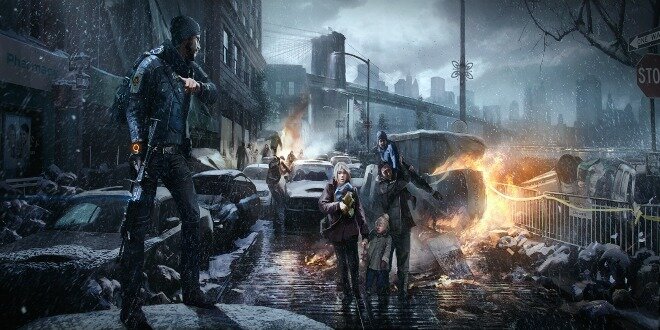 The Division marching to PC

Ubisoft Massive announced the next-gen online shooter will head to PC as well. Tom Clancy’s The Division is set to release on Playstation 4 and Xbox One, but Fredrik Rundqvist, the game’s executive producer, confirmed the PC version on YouTube.

“Since E3 we’ve been carefully listening to what’s been said on the internet. We’ve read your posts and discussions, and I can’t enough stress how important it has been for us to feel your support and commitment to the game.

One of the most frequently-discussed topics has been about releasing The Division on PC… You can be certain we will provide you with a first-rate PC experience.”

The game will also receive some exclusive Xbox One content, though not exact details were given.

New footage regarding the second-screen experience of the game, achieved through a connected tablet or smartphone, was also shown. The video below showcases how players can send down buffs, highlight enemies and call in airstrikes.

Previous: Killer Instinct Xbox One Pricing Detailed, Screenshots Released
Next: Heroes of Dragon Age is coming to Android and iOS