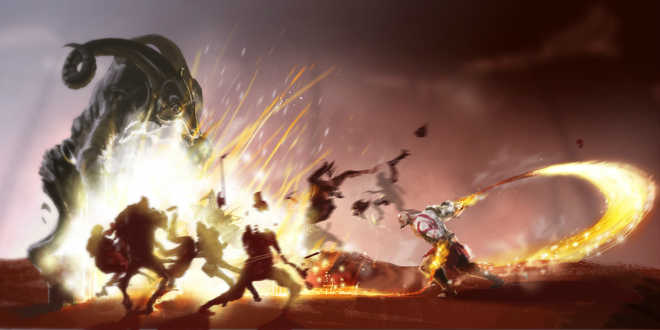 God of War director Cory Barlog has returned to Sony Santa Monica six years after he departed, to work on something he currently can’t talk about, but something he says is “freaking huge”.

In a post on the US PS Blog, Barlog spoke of his journey and what led him back to where it all began. He also spoke highly of the people at Sony.

“I have worked in many places, with any number of smart people of all disciplines, notoriety and awesomeness,” said Barlog, “but nowhere have I encountered so many ‘top-of-their-game’ people as I have at Sony.”

He couldn’t talk about the game he’s working on with the rest of the Santa Monica team, though. But rest easy, it’s “freaking huge”.

“What am I working on, you ask? Good question,” he says. “Sadly, I cannot tell you… yet. But I can say that it is freaking huge, and it will live up to the standards that I helped establish here at SMS. We’re putting together a team as I type this, an Ocean’s 11 kind of thing.”

He added: “We are searching the world high and low for the best of the BEST to come and be on the ground floor of this endeavor [sic]. So, hey, if you are a freaking rock star unafraid to roll your sleeves up and take risks, reading this thinking that your current digs are feeling… well… a bit small, a bit dull and in need of some excitement – you need to contact me at Sony Santa Monica.”

Sony Santa Monica is currently developing its first PS4 title – an unknown one – but could it be present at GamesCom next week?

Wouldn’t that be something.