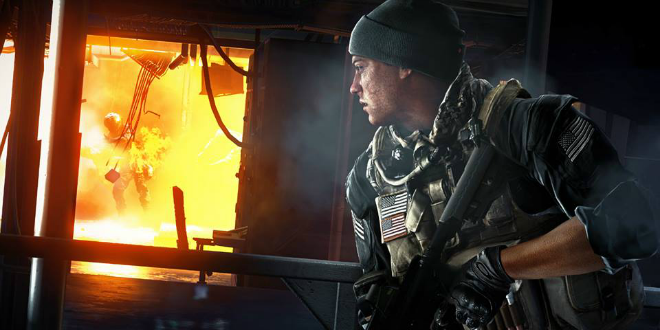 EA and EB Games Australia recently held a Battlefield 4 event showcasing a demo to the Australian games media, and there, new information about the upcoming game was divulged, including details on maps, PC specs not being much different from Battlefield 3, destruction, new modes and much more.

The new details came from the event’s Q&A session with David Silverman, the Marketing Director at EA of Battlefield.

Here are some of the tidbits coming out of the event, courtesy BF4Talk:

• Admitted that the BF3 story could have been more.
• Campaign will be more character driven and emotional. Confidence in their skills in building multiplayer led them to spend more time into creating a good singleplayer story.
• NPCs will be more human. Right down to the smallest and simplest details of just watching you walk around etc.
• Cutscenes are acted out in a soundstage like in movies

• Oculus Rift support is not planned, but is possible in the future
• PC specs are similar to the specs of BF3. No official specs list has been released.

• Battlelog returns on PC and will integrated into the console games
• Commander Mode runs in-game and tablet, however the in-game versions will have extra features such as live video feeds etc.
• Maps can’t be totally leveled, however, destruction is going to be more dramatic than BF3′s and will be similar to BC2′s destruction.
• They are considering bringing back the ability to destroy MCOMs by having structures and buildings fall on them, like BC2
• You can cut the power in the indoor parts of the maps and use the darkness and non functional elevators to your advantage
• Seize of Shanghai, the map shown at the E3 Demo, is a medium size map.
• The spokesman said that “You won’t be disappointed by the number of maps in the game” and that new game modes will shown very soon.
• He also stated that Operation Metro is the most popular map in BF3, thus indirectly confirming that it’ll return in the Second Assault DLC.

Previous: Angry Birds Starwars Releasing On Consoles In October – Trailer Inside
Next: Sony Has “Cool Things” To Share With The World At GamesCom