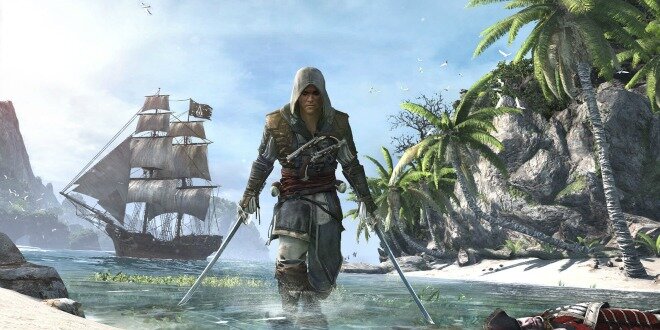 It is 1715. Pirates rule the Caribbean, terrorizing navies and humiliating empires. From sinking warships to conquering fortresses, Captain Edward Kenway stopped at nothing to earn his fortune and legend. Yet, the adventures of his first mate, Adewale, have never been revealed. Until now. Pre-order Assassin’s Creed IV: Black Flag Season Pass now for the chance to play as Adewale, a new assassin who will take you even deeper into the real explosive events of the Golden Age of Pirates.