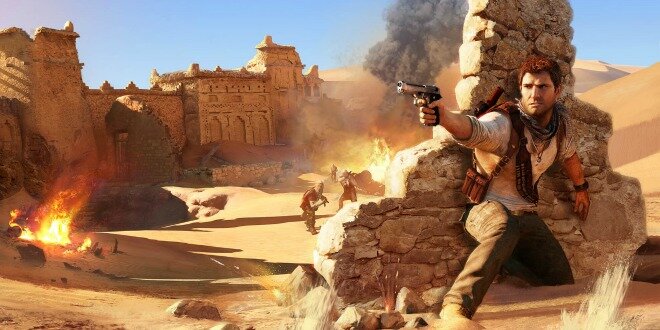 Does life for the PlayStation Plus subscriber get any better than this? I mean just look at the PS Plus June 11th update. It’s laden with blockbuster titles! Uncharted 3, XCOM: Enemy Unknown, Deus Ex: Human Revolution and much more! It’s absolutely incredible!

PSN Price: This item is only Free for PS Plus members

The highly acclaimed single player campaign of Uncharted 3, along with the Free to Play Multiplayer Mode will be available for all PS Plus members to experience, free with their membership! A search for the fabled “Atlantis of the Sands” propels fortune hunter Nathan Drake into a desperate bid for survival that strains the limits of his endurance, forcing him to confront his deepest fears.

From the award-winning creators of Civilization comes an action-strategy game about humanity’s last stand. Threatened by an unknown enemy, Earth’s governments unite to form an elite paramilitary organization, known as XCOM. As the commander of XCOM, you must create a fully operational base, research alien technologies, plan combat missions, and lead your soldiers in fierce battles against a terrifying alien invasion. The decisions you make will affect the fate of humanity. You are our last hope.

Sackboy returns in a completely new Karting adventure to save the Craftworld universe! Get behind the wheel to race through fun-filled tracks, battle in hectic arenas, and collect items in open-world environments. Compete in exciting mini-games and modes unlike anything you’ve seen, and enjoy endless levels created by the LittleBigPlanet community. From game modes to weapon types, never before has Sackboy had so many customization options. If you can dream it, you can drive it! 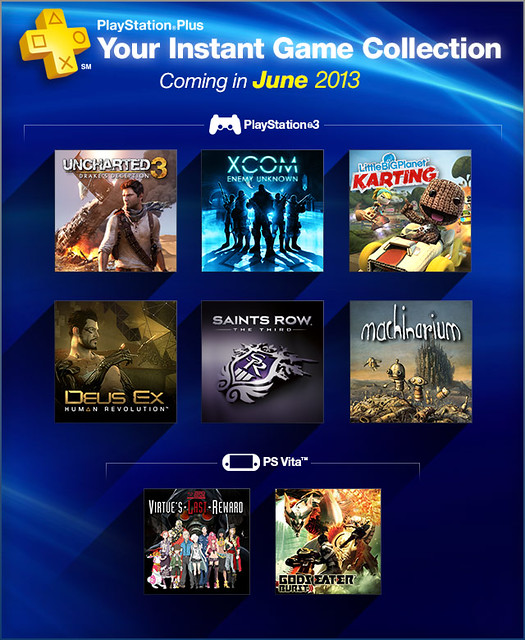 You’ll find all the content detailed above with their Plus benefits active when the PlayStation Store updates on Tuesday; along with additional Plus content that was announced as part of the June preview, and special discounts as well.

Speaking of the June preview, with all this PS Plus content, this month is shaping up to be one of the best PlayStation Plus months yet. UNCHARTED 3: Drake’s Deception (PS3), XCOM: Enemy Unknown (PS3), and LittleBigPlanet: Karting (PS3) are all dropping next week, joining Deus Ex: Human Revolution (PS3) which joined PS Plus last week. You’ll still have Machinarium (PS3), Saints Row The Third (PS3), Zero Escape: Virtue’s Last Reward (PS Vita), and God Eater Burst (PSP, PS Vita compatible), all coming in June as well! It’s never been a better time to join up.