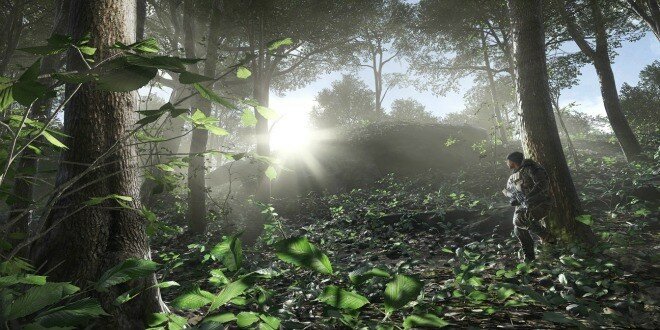 Posted by: Ernice Gilbert May 21, 2013 in Uncategorized Leave a comment

Not the kind to sit on the side and watch as Call of Duty: Ghosts steal all the mind share, EA and DICE have announced Battlefield 4 for PS4 and Xbox One, sent some screnshots live, and also revealed that gamers who preorder the shooter will receive the ‘China Rising’ map pack free of charge.

EA Announces Battlefield 4 for Xbox One and PlayStation 4

DICE, a studio of Electronic Arts, today announced that the highly-anticipated action blockbuster Battlefield 4 will be available this holiday for early-adopters of the next-generation hardware systems: Xbox One, the all-in-one games and entertainment system from Microsoft, and the PlayStation 4. Powered by the advanced Frostbite 3 engine, Battlefield 4 delivers a genre-defining all-out war experience brought to life with unmatched visual and audio fidelity, superior character animations and dynamic destruction that ensures no two matches are alike. Battlefield 4 will be available October 29 for the Xbox 360 game and entertainment system from Microsoft, the PlayStation 3 computer entertainment system and PC.

At the Electronic Entertainment Expo, DICE will be unveiling Battlefield 4 multiplayer with a spectacular live demo at “The Download: EA 2013 Preview” press conference taking place at 1:00 pm PST on Monday, June 10 on Spike TV and at ea.com/e3. Fans attending E3 will have the chance to go hands-on with multiplayer in EA’s booth located at #1601 in the South Hall. DICE will also be live streaming their entire E3 booth experience including multiplayer matches complete with commentary. Tune into battlefield.com/livestream to catch all the action.

Previous: Xbox One Won’t Work Without Kinect
Next: Call of Duty: Ghosts Is Looking Better Than Battlefield 4 – Screenshots Inside