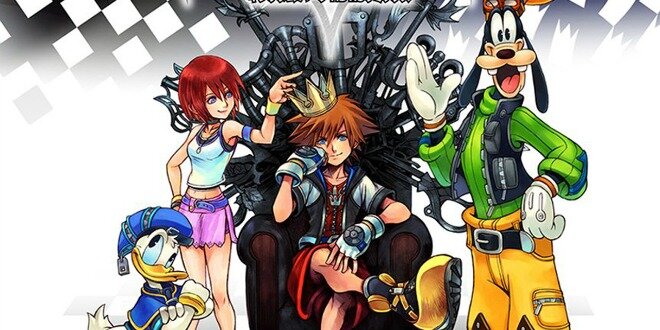 Fans have been waiting long years for this, and finally Square-Enix has given a North American release date for Kingdom Hearts HD 1.5 Remix.

The game will be released on September 10th on PS3, and will set you back $39.99. The package includes the PS2 titles Kingdom Hearts Re: Chain of Memories and Kingdom Hearts: Final Mix, and we’ll also be treated to cut-scenes from the Nintendo DS iteration, Kingdom Hearts 358/2 Days.

The compilation will also come ready with full Trophy support, along with a host of upgrades and additions, such as new enemies, weapons and abilities. If you want to pre-order, you’ll receive a limited edition art book, with featured artwork for the likes of Sora, Riku, Donald and Goofy. lastly, there are early sketches and character renders to peruse as well.

Previous: Medal Of Honor Not Dead After All
Next: EA: Battlefield 3 Took Significant Share From Call of Duty