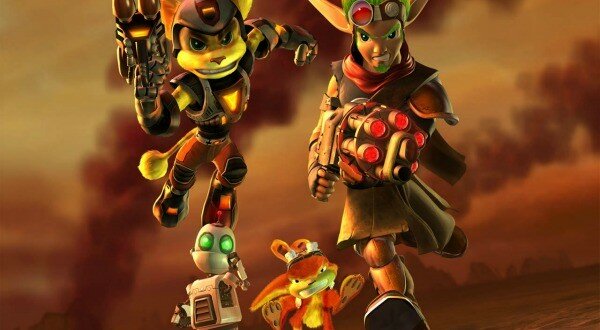 Ratchet & Clank movie on its way

Via the Playstation Blog, we now know that Ratchet & Clank will be getting their own full-blown movie, coming to cinemas in 2015.

The press release gives us some details on what the movie will be like:

Ratchet and Clank tells the story of two unlikely heroes as they struggle to stop a vile alien named Chairman Drek from destroying every planet in the Solana Galaxy. Ratchet is the last of his kind – a foolhardy ‘lombax’ who has grown up alone on a backwater planet with no family of his own. Clank is a pint-sized robot with more brains than brawn. When the two stumble upon a dangerous weapon capable of destroying entire planets, they must join forces with a team of colorful heroes called The Galactic Rangers in order to save the galaxy. Along the way they’ll learn about heroism, friendship, and the importance of discovering one’s own identity.

Insomniac, the studio behind the franchise, will have much to do with the movie’s development, as they’ll be taking care of the film’s production, screenplay, character development, and animation consulting, while T. J. Fixman, the series’ writer, will pen the script. We also know some voice actors will reprise their roles from the games, with James A. Taylor as Ratchet, David Kaye as Clank and Jim Ward as Captain Qwark.

Check out the announcement video below!