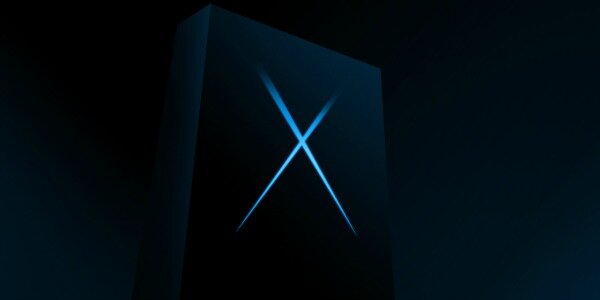 Just like the last, we’ll include the full DF write up. Enjoy.

Website vgleaks.com is claiming a world-wide exclusive by revealing the full spec for the upcoming next-generation Xbox, codenamed Durango. While there is obviously no official substantiation for the information posted, key elements of the spec match the overall outline of the hardware we have received from trusted sources and the leaker has come forward with proof about the origins of the information – and it appears genuine.

First up, let’s deal with the elements of the spec we definitely know to be true: Durango features an eight-core CPU from AMD running at 1.6GHz, just like its upcoming next-gen PlayStation competitor – Orbis. As we explained last week, these are based on AMD’s new PC technology, Jaguar – built for the entry-level laptop and tablet market. The initial PC Jaguar CPUs are configured in a quad-core arrangement – this doubles for both next-gen consoles.

The leaked spec in full:

A complete, top-to-bottom list of Durango features for your reading pleasure.

In the case of Durango, the CPU is married up with 8GB of DDR3 memory, working in concert with 32MB of what is dubbed “ESRAM” – fast work RAM connected directly to the GPU. The two pools of memory operate in parallel, and while we haven’t confirmed overall bandwidth, the leak’s 170GB/s throughput certainly seems plausible. Also interesting about the RAM set-up is that the ESRAM isn’t merely connected to the graphics core as is the case with the Xbox 360′s 10MB of eDRAM – in Durango, it’s hooked up to the northbridge (the interconnect between all major internal components), meaning it offers general access to other components in addition to the graphics core.

The leaked outline of Durango tallies closely with our sources, and offers some new detail in terms of the graphics core and the input/output elements of the machine.

The leak also offers confirmation of last week’s story that the new PlayStation Orbis graphics core appears – at face value – to be significantly more powerful than the GPU in Durango. Our sources suggest that the new PlayStation offers up 18 Radeon GCN compute units at 800MHz. The leak matches older rumours suggesting that Durango features only 12, running at the same clock speed. Bearing in mind the stated peak performance metrics in the leak, there is a clear deficit between the 1.23 teraflops offered by Durango, and the 1.84TF found in Orbis.

The leak also addresses the three mysterious hardware accelerator modules we mentioned last week in our Orbis piece. We find one of them covering audio (including echo cancellation tech for Kinect), while another appears to be an accelerated hardware video encoder – this is interesting in that we also find that the new information suggests an HDMIinput as part of the design, not just an output. In theory then, users could record their TV shows direct from set-top boxes, or import their camcorder footage directly onto Durango. It’s a remarkable inclusion, for sure, suggesting that Microsoft is indeed investing heavily in the media credentials of the device. The final hardware module is the most mysterious, named simply “Data Move Engines” for which there is no additional data supplied.

Other elements of the spec throw up some positive surprises too. Kinect appears to have its own dedicated input, suggesting that the problems introduced by using USB on the Xbox 360 could be mitigated. The fact there is an input at all suggests that the sensor will remain a separate and distinct unit that attaches to the console. The USB ports themselves are upgraded to the 3.0 standard – good for moving media files about and for high levels of bandwidth to game data. A large hard drive is included as standard (our sources suggest a 500GB minimum) while a 6x Blu-ray drive is also being mooted, which supports 50GB dual-layer discs. Networking is achieved with a fast gigabit Ethernet port, with both WiFi and WiFi Direct support.

So the question of the hour is, just how accurate is the information? Based on our communications with the leaker, the data appears genuine – the only real question is how recent it is. The proof presented by the source suggests that the data is at most nine months old: factoring in how long it takes to create a console, the chances are that there will not be many changes implemented since then.

Use Of Microsoft Points Seeing Its End On Xbox Live, Next Xbox Controller Has Been “Flattened”