Soldier Chatzisavvas salutes you — off for 9 months

Published on November 10, 2012, by Christos Chatzisavvas - Posted in Games Thirst 10 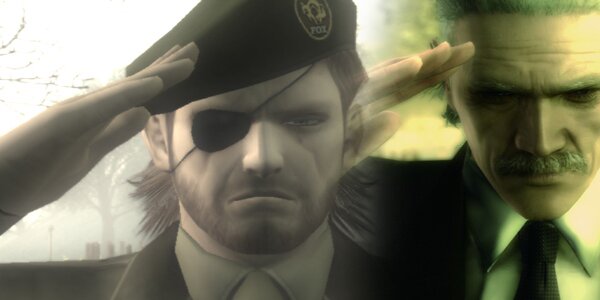 Hello dear readers! In just a few months, from July up until now, I’ve worked much for Games Thirst, and came to love its small but interesting community. Everyone bashing Nick, Narwall being totally random, Mezzo being the voice of calm, Grim being the news-discoverer, and everyone else having their roles too. And of course, big thanks to mister Gilbert for the chance to work with what I love! Now, it’s time for Mr News-and-Reviews to sign out for a few months, and heed the call of duty (awful pun).

On Monday, I’ll start serving my country as a proud Marine or Royal Guard of the Hellenic Military. This is a moment I’ve long waited for, and it’s an honor for me to get the chance to serve under such proud units. Hopefully, if I don’t get any jail time, I’ll be with you again in exactly 9 months. But in the meantime, I hope I’ll get to post now and then, on my days off — but don’t really expect these posts. The military allows for 15 days off in total, not counting honorary days off, but to get these last ones, you’ll have to perform significantly important tasks (hopefully, I will).

I grieve for all the games I’ll have here, factory sealed, while I’ll be serving all over Greece and not get a chance to touch them until months later. At any rate, though, I’d pick this situation over not having the chance to join the army at all but get to play my games.

Keeping this short, I’d like to wave you all goodbye for a short while, and hoping to find Games Thirst be even bigger when I return. Thanks for all the love, and the hate, people. See you soon, and stay classy!

PS: no better header image could ever be chosen.

10 Comments on "Soldier Chatzisavvas salutes you — off for 9 months"