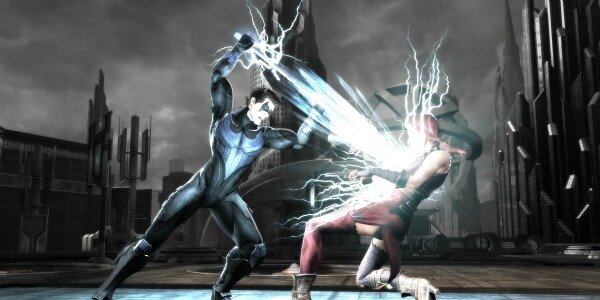 After Green Arrow’s reveal just days ago, the box art of Injustice comes to spoil another two characters that will be added to the game, upping the roster number to 12. The talk is about The Joker and Green Lantern, who come to add their styles to NetherRealm Studios’ latest fighter.

Injustice will hit stores in April 2013 for PlayStation 3, Xbox 360 and Wii U.  Warner Bros also confirmed last month that Injustice will receive a Collector’s Edition.