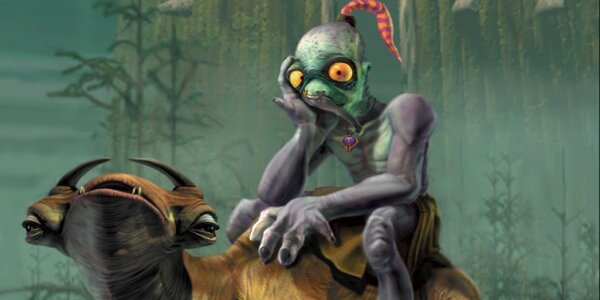 Oddworld Inhabitants development director Stewart Gilray talked to CVG, revealing Sony expressed interest in bringing Abe, a classic Playstation character, on board for Playstation All-Stars Battle Royale, but SuperBot Entertainment, the developer of the game, hasn’t gotten in touch yet.

“I was over at Sony America and they were definitely up for it, but the developer hasn’t gotten back to us. We’ve been trying to get in touch with them since May and can’t work out if they’ve fixed their character line-up for the release version or if they’re simply not interested?!”

However, Gilray is not disappointed yet. He says he would absolutely love it if the character can get in there as DLC, if the lineup is sealed and past the submission deadline.

“We’d love to get him in the game. We’ve already been talking about the moves he could have like possessing Kratos and beating the shit out of everyone… I guess they’re busy and we’re busy.”

Abe should have been one of the first characters to be included in the game, as he helped the Playstation build its reputation, being one of the best 2D platformers of the era. What are your thoughts?

Upgrade Final Fantasy XIV from PS3 to PS4 for free