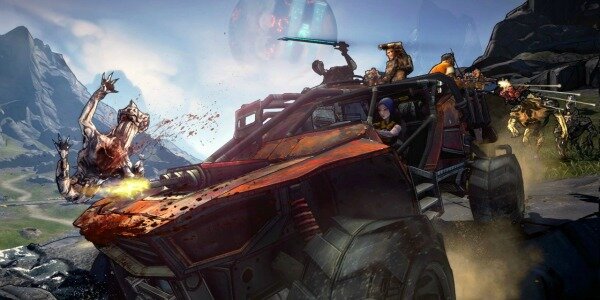 Gearbox Software just announced that Borderlands 2 will not suffer the same fate as the first game, where the gore was toned down in territories like Germany and Australia. As they comment, “Bandits will be just as likely to explode into bloody chunks of awesomeness as they will be in the Canada or England (which is to say: very likely.)”

They’ve also added a “toggle gore” option, for the faint of heart, or the people who play with their kids watching, or whatever. With a single button press, you will not have organs and blood splashing all over the place.

The game is set to release in September 18 in North America and September 21 in the rest of the world. Pre-ordering the game from certain retailers will net you some goodies through Premiere Club, in the form of the Vault Hunter’s Relic, the Gearbox Gunpack, and the Mechromancer class, when they become available.