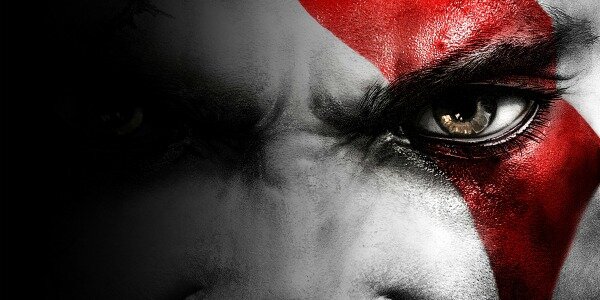 Below is a complete list of characters who are part of the PlayStation All-Stars: Battle Royale roster.

Jak and Daxter: “Jak and Daxter work as a team. They are a very long range team. Jak has access to a range of weapons and will be able to transform into his Light (seen above) and Dark Jak forms as well.”

Cole MacGrath: “Infamous’ parkour master looks like a very versatile fighter. Cole will feature an array of lighting attacks; we watched him throw lightening grenades, blast other characters with ice spikes, and unleash a devastating tornado. It looks like you will be playing exclusively as the good version of Cole form Infamous 2, unless there is a swappable skin of some kind.”

Heihachi Mishima: “Heihachi is arguably Tekken’s most recognizable character. He appeared as a guest character on the PlayStation 2 version of Soul Calibur 2, and clearly that wasn’t enough for him. In a game like PlayStation All-Stars Battle Royale, it’s much more fun to see characters who typically aren’t in fighting games making an appearance, but Heihachi feels like he belongs here.”

Toro Inoue: “If Toro isn’t immediately recognizable to you, that’s because he helps out with Sony marketing Japan. We don’t see a whole lot of him over here in North America, which makes his inclusion in the game one of the more interesting additions.”

Nathan Drake: “The Uncharted hero brings his trademark half-tuck to the arena, along with attacks that incorporate explosive propane tanks, sarcophagi, and more. He’s one of the most agile characters in the game, which should come as no surprise after all these years of seeing him scurry up walls and cliffsides.”

Big Daddy: “BioShock fans can step into the heavy boots of one of this generation’s most memorable character types in PlayStation All-Stars Battle Royale. He’s slow, but strong, and he can call on the Little Sisters to take care of business.”

Kratos: “The God of War was among the first characters confirmed for Battle Royale, and given his illustrious career killing pretty much every notable character in Greek mythology, we’re not surprised. We can’t wait to see Kratos rip off PaRappa’s head.”

Fat Princess: “Sony’s confectionary-loving royalty was the last character we expected to see in Battle Royale, but she’s confirmed to be on the roster. We’re not sure what her special moves will be, but we wouldn’t stand between her and a piece of cake.”

Sly: “We’re not sure how much Sly’s stealth skills will come in handy, but he’s been confirmed for Battle Royale nonetheless. At the very least, he can thwump his enemies with his pimp cane.”

Sweet Tooth: “Sweet Tooth is no stranger to chaotic free-for-alls, so he’ll fit right in with Sony’s other contenders. His superior firepower and sadistic nature may even make him a favorite.”

PaRappa the Rapper: “Has Sony already run out of characters to include? Maybe PaRappa can dazzle his opponents with his rapping skills, but we’re still considering PaRappa an underdog (pun most definitely intended).”

Radec: “Killzone’s Helghast leader wouldn’t be our first pick for a cartoony brawler, but at least we know he’s got some fighting skills. In Killzone 2, Radec had a machine gun, combat knife, and two varieties of grenade at his disposal, so we’re guessing he’ll be well-equipped for a fight.”

Tell us the characters you’d like to see included in the game.

3 Comments on "All The PlayStation All-Stars Battle Royale Characters"

pc is better than consoles because games wont die on the system with mods and other things about....

@Foxton: You're welcome, bro. @ Nick, come on man, Spyro ain't moving not one console as a launch title man. ...

There were a few things I liked about Bad Company (BC) over Battlefield (BF.) BC1 and 2 were much more squa...

Thanks EG, and clearly ive not been living in a cave for a few years, sounds like you have if you think games...

Im digging the list EG,but Im going to pull one out of the chest of time for a launch title...Legend of Dragoo...